Nikole Hannah-Jones Declines Offer of Tenure at UNC, Going to Howard Instead 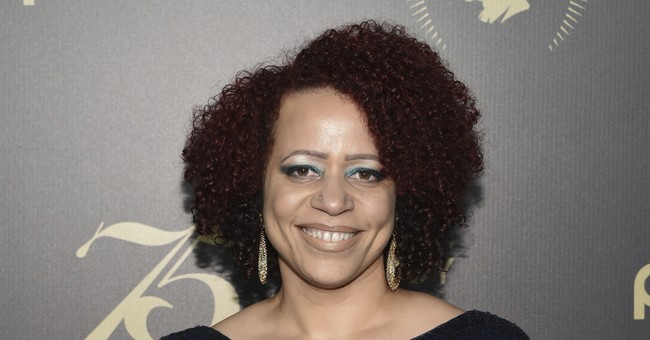 Days after Nikole Hannah-Jones, the founder of the historically inaccurate and controversial "1619 Project" was ultimately granted tenure at the University of North Carolina-Chapel Hill, she declined the offer and is instead going to Howard University. The battle over tenure, as Townhall has covered, has been a long drawn-out one, with UNC initially declining to give the professor tenure in May, though they ultimately caved to outcry and reversed their decision.

Hannah-Jones announced her decision on Tuesday while speaking to Gayle King of "CBS This Morning."

"To be denied it to only have that vote occur on the last possible day, at the last possible moment, after threat of legal action, after weeks of protest, after it became a national scandal, it’s just not something that I want anymore," she said.

JUST IN: Award-winning journalist @nhannahjones reveals on @CBSThisMorning she has declined the University of North Carolina's offer for tenure and will be the inaugural Knight Chair in Race and Reporting at @HowardU. pic.twitter.com/w9j0gVe0cd

To this day, Hannah-Jones and her supporters continue to cry discrimination.

.@nhannahjones tells @GayleKing "it's pretty clear that my tenure was not taken up because of political opposition because of discriminatory views against my viewpoint and I believe my race and my gender." pic.twitter.com/WoyewGlYXQ

As Fox News reported, a panel on CBS echoed these claims:

CBS News correspondent Nikki Battiste interviewed several faculty who heaped praise on Hannah-Jones and bemoaned what a loss it was to their institution that she would be moving on. At the conclusion of Wednesday's segment, CBS correspondent Jericka Duncan echoed Hannah-Jones' suggestion that race played a role in her delayed tenure offer.

"I think her point in that letter is that this isn’t just her fighting for herself but on behalf of the many people whose opportunities are stifled because there are certain people that don’t want certain people at their institutions," Duncan said.

"For sure the students at Howard University are lucky they will have her as a teacher," Battiste said.

"This Morning" co-host Tony Dokoupil also suggested Hannah-Jones was a hero to those watching her situation unfold.

"A lot of people also living vicariously through her, being able to say, well someone said, 'I don't want this job, I got a better job. Take that!'" Dokoupil said, laughing.

According to the MacArthur Foundation, which is funding Hannah-Jones' position, as well as that of author and Howard alumni Ta-Nehisi Coates, Hannah-Jones will also found the Center for Journalism and Democracy:

Hannah-Jones, a Pulitzer Prize-winning journalist, will also found the Center for Journalism and Democracy, which will focus on training and supporting aspiring journalists in acquiring the investigative skills and historical and analytical expertise needed to cover the crisis our democracy is facing. The center hopes to work across multiple historically Black colleges and universities (HBCUs) that offer journalism degrees and concentrations.

"I love the university. The university has given me a lot and I wanted to give back. It was embarrassing to be the first person to be denied tenure. It was embarrassing and I didn’t want this to become a public scandal. I didn’t want to drag my university through the pages of newspapers because I was the first and the only Black person in that position to be denied tenure," Hannah-Jones claimed, despite being a figure who is no stranger to controversy.

#EXCLUSIVE: Award-winning journalist @nhannahjones joins us to discuss her decision to turn down a prestigious faculty position at the University of North Carolina - Chapel Hill, following weeks of controversy. pic.twitter.com/jpKOo8hCIH