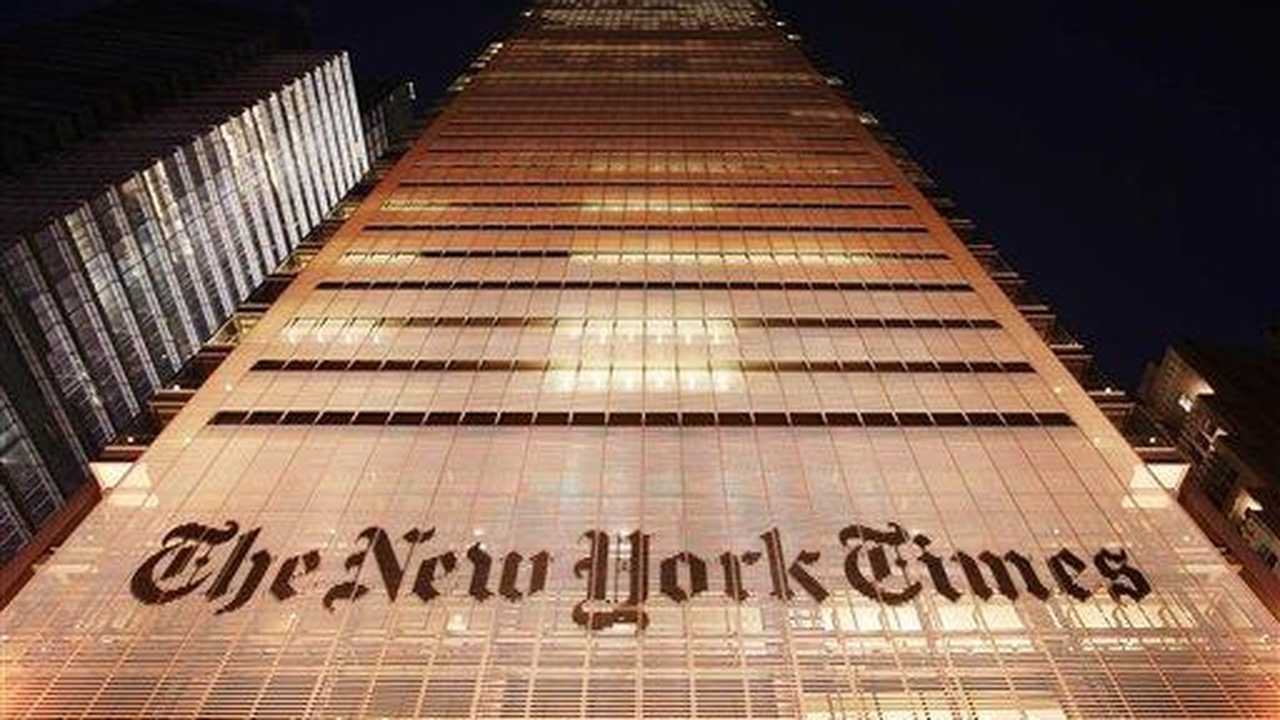 Ever since its inception, the New York Times' so-called '1619 Project' has been extremely controversial.  Compounding this controversy are numerous factual and historical challenges that have been mounted against it, even by sympathizers, which have exposed an embarrassing number of inaccuracies.  Times columnist Bret Stephens, formerly of the Wall Street Journal, decided to take a crack at reviewing the project -- a bold move for several reasons.  First, primary author Nikole Hannah-Jones is infamous for flaming and trolling her critics on social media.  Second, the Times newsroom is dominated by woke sensibilities, as illustrated by this humiliating episode (made all the more humiliating when a piece like this was published with no apparent internal gnashing of teeth or rending of garments).  Third, taking aim at the work of one's own colleagues, and by extension, one's own employer, isn't easy.  Stephens acknowledges as much in his lengthy, highly critical column:

For obvious reasons, I’ve thought long and hard about the ethics of writing this essay. On the one hand, outside of exceptional circumstances, it’s bad practice to openly criticize the work of one’s colleagues. We bat for the same team and owe one another collegial respect. On the other, the 1619 Project has become, partly by its design and partly because of avoidable mistakes, a focal point of the kind of intense national debate that columnists are supposed to cover, and that is being widely written about outside The Times. To avoid writing about it on account of the first scruple is to be derelict in our responsibility toward the second. All the more so as journalists, in the United States and abroad, come under relentless political assault from critics who accuse us of being fake, biased, partisan and an arm of the radical left. Many of these attacks are baseless. Some of them are not. Through its overreach, the 1619 Project has given critics of The Times a gift.

His piece was needed and impressively argued. Part of the trouble Ms. Hannah-Jones has gotten into is engaging in revisionist history about the project itself, which is, in fact, an exercise in historical revisionism.  She's been disingenuous and less than honest on a number of occasions, and provably so.  Reason chronicled one famous example that blew up in her face:

The 1619 Project is The New York Times' Pulitzer-winning effort to put racism and slavery at the center of the conversation about American history. The newspaper published a series of articles in August 2019—the 400th anniversary of slavery's introduction to the English colonies in the Americas—that reframed the year 1619 rather than 1776 as the true founding of America. It's a provocative claim, and it came under serious criticism, along with other aspects of the project. But the project's lead author, Nikole Hannah-Jones, is now asserting that she never made it and that anyone who believes otherwise was fooled by bad-faith right-wing critics. "One thing in which the right has been tremendously successful is getting media to frame stories in their language and through their lens," wrote Hannah-Jones in a subsequently deleted tweet. "The #1619Project does not argue that 1619 is our true founding. We know this nation marks its founding at 1776." She made a similar statement on CNN as well. But as The Atlantic's Conor Friedersdorf exhaustively demonstrated in a series of tweets, this is simply not true. The 1619 Project was absolutely promoted—by the Times, and by Hannah-Jones herself—as an effort to recast 1619 as the year of the country's founding.

How do you call other people liars who repeat an easily falsifiable claim when you have characterized the matter this way? pic.twitter.com/tXdbsGqeA2

The "banner pic" to which she referred was a graphic that depicted "July 4, 1776" literally crossed out, in favor of "August 20, 1619."  She's accused others of lying while provably lying, triggering various stealth edits and comments shifting what she and her project 'really' meant.  Unfortunately, this pattern of behavior hasn't stopped.  Stephens reached out to Nikole Hannah-Jones prior to publishing his column, and she replied to his questions with a a challenge.  It didn't go well:

[NHJ] then challenged me to find any instance in which the project stated that “using 1776 as our country’s birth date is wrong,” that it “should not be taught to schoolchildren,” and that the only one “that should be taught” was 1619. “Good luck unearthing any of us arguing that,” she added. Here is an excerpt from the introductory essay to the project by The New York Times Magazine’s editor, Jake Silverstein, as it appeared in print in August 2019 (italics added): “1619. It is not a year that most Americans know as a notable date in our country’s history. Those who do are at most a tiny fraction of those who can tell you that 1776 is the year of our nation’s birth. What if, however, we were to tell you that this fact, which is taught in our schools and unanimously celebrated every Fourth of July, is wrong, and that the country’s true birth date, the moment that its defining contradictions first came into the world, was in late August of 1619?”

She defied him to find an instance of anyone associated with the 1619 Project making an argument that literally appeared in its introductory essay.  Read Stephens' whole column here.  As others have asked, if the 1619 Project cannot even get its own history straight, how can anyone take seriously its big, shifting, dubious claims about American history?  I'll leave you with a former journalist, ever eager to engage in racial, tribal and ad hominem attacks, lazily attacking Stephens as motivated by envy:

Setting aside the embarrassment of awarding a Pulitzer to this shoddy work (some historians are calling for the prize to be revoked), this snide, substance-free dismissal is doubly pitiful because...Stephens himself is a Pulitzer winner.  Also, as the Times' union embarrasses itself, consider this:

isn't that a problem, given that it was rife with historical inaccuracies, according to leading historians? https://t.co/dYEy34QAfP