Why Can't These Verified Blue Check Marks Who Attack Tim Scott Understand What a Proper Apology Is? 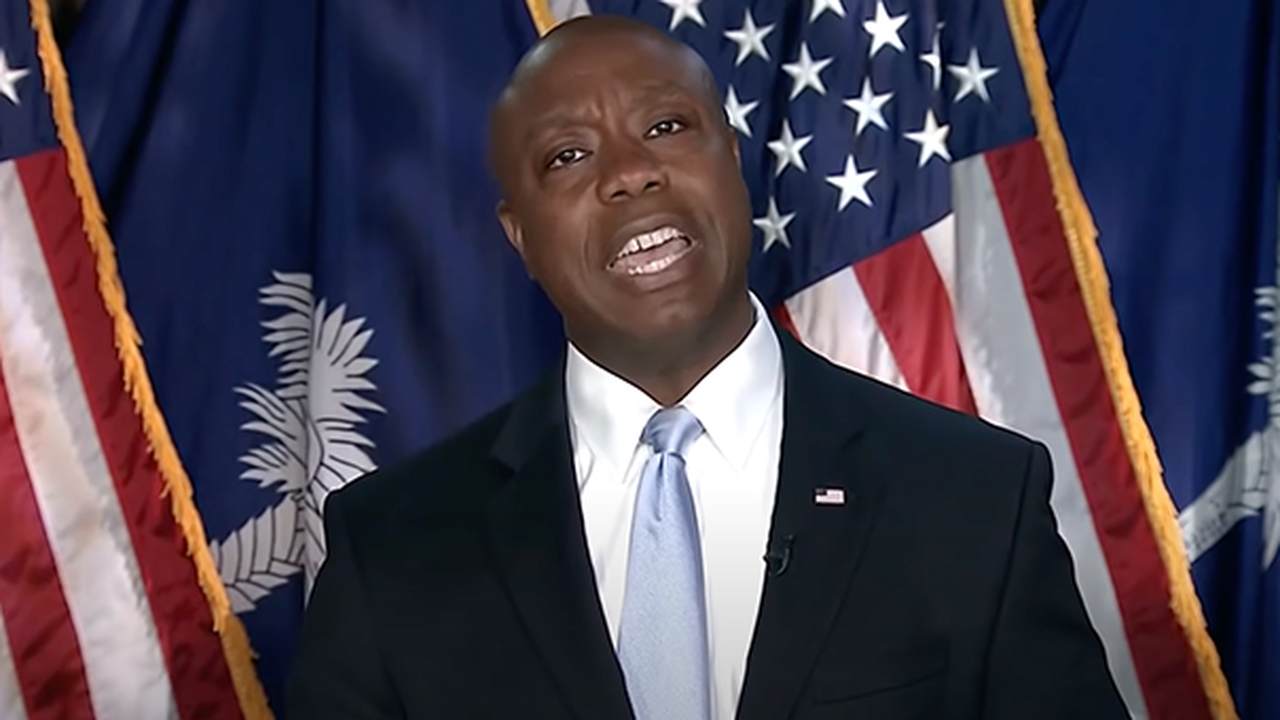 On Wednesday night, following President Joe Biden's joint address before (a half-filled) Congress, Sen. Tim Scott (R-SC) gave the rebuttal. You know the rest, that people couldn't see a sitting U.S. senator for his accomplishments, but rather saw him solely for the the color of his skin, something Sen. Scott spoke to in subsequent television appearances. Twitter allowed "Uncle Tim," a play off of the offensive "Uncle Tom" to trend, overnight, for eleven hours. A lot of the inexcusable commentary came from verified blue check marks, from those who should have known better, and whose apologies were overshadowed by qualifiers.

Tim Scott responds to 'stunning' assault from the left: 'They're literally attacking the color of my skin' https://t.co/OD2qnYATUF

One such example came from Scott Nevins, a "TV Personality & Host" and Political, Entertainment & LGBTQ News Contributor," according to his Twitter bio.

While we don't have the tweet he's referring to, we know enough from his so-called apology.

Tonight I tried to do an ironic joke about Sen Tim Scott using the term “Uncle Tom” in his rebuttal. While I was shocked by his lack of self awareness, I should not have used that term myself, even in reference. That was not right. I apologize.

So, racial slurs are "iconic joke[s]" now? Granted, he does acknowledge "I should not have used that term myself," "That was not right," before saying "I apologize." That being said, who should use that term? If nobody should, which ought to be the correct answer, then why didn't Nevins say that, unequivocally, as he should have? Most glaring and worth mentioning of all, though, is how the tweet contained leading language when Nevins claimed "While I was shocked by his lack of awareness..." To say such things as "while," "but," "that being said," "however," etc, seems disingenuine, almost as if you're putting the blame on the other person, the one you're supposed to be apologizing to.

Here is an example of if, not blame towards the target, Sen. Scott, a justification for what Nevins is apologizing for, though not exactly unequivocally. To break down this example further, Nevins is basically saying that because Sen. Scott had a "lack of awareness," or, more accurately, what was perceived to be as such, he was shocked, and thus that was what caused--warranted, even--Nevins to use a racial slur. See, it's not so bad! It's all Sen. Scott's fault! How can we blame Nevins when he was so shocked by the senator's "lack of awareness?!"

Nevins just sounds stupid, even more so when this non-apology amounts to Nevins doubling down on the racial slur.

Now that we've had that lesson in language, here's another example of someone who should know better, with  Professor Jason Nichols, of University of Maryland.

Nichols also references deleted tweets, in a thread here. That there are multiple tweets makes the so-called apology longer, but it's basically the same idea as what Nevins was really saying.

I deleted the tweet because it was wrong. I couldn’t care less about trolls. I’m a Fox News regular lol.

I want to make clear that I shouldn’t have called him a clown, but it’s frustrating that he gave that response. It felt like an extension of his “woke supremacy” commentary.

However, others have receipts thanks to screenshots, as well as their thoughts that a professor would tweet such things.

This is a @UofMaryland black studies academic responding to a speech by a black conservative senator: pic.twitter.com/2pAwcABSsA

While Dr. Nichols expresses a sense of wrongdoing in multiple instances, he risks that apology being overshadowed by words like "but," as well as explaining himself into digging a deeper hole. Also note the "lol" in how Nichols a regular Fox News guest, or to do with the "irony" of how those calling out Nichols may or may not be Trump supporters. He himself just acknowledges in a tweet before that he's apologizing for using an ad hominen. Come on, man.

He's a professor, I'm not. Why do I have to be the one explaining the use of language in such a way?

As this user says, he does seem to be "decent" during his appearances. I've watched him before too, and found him reasonable in his arguments and makes some great points, even if I disagree with those points completely.

It was wrong which is why I apologized and took it down.

Dr. Nichols also retweeted a appearance he made with Terry Schilling, the executive director of the American Principles Project.

We just released episode 2! This week our guests are @drjasonnichols and @Schilling1776. @michaelhenry123 #politics Check it out here: https://t.co/9rKCQShXsX pic.twitter.com/FBcj1baLvr

Such is why we should hold him to a higher standard, and why he should know better.

When someone is sorry, we ought to take them for their word and give them the benefit of the doubt, even and especially if they wouldn't do the same for us. That's what grace is all about, actually. But, if someone is sorry, they need to be sorry. Stop with the excuses. You're either sorry or not.