We Need to Be Worried About the Fate of the Filibuster 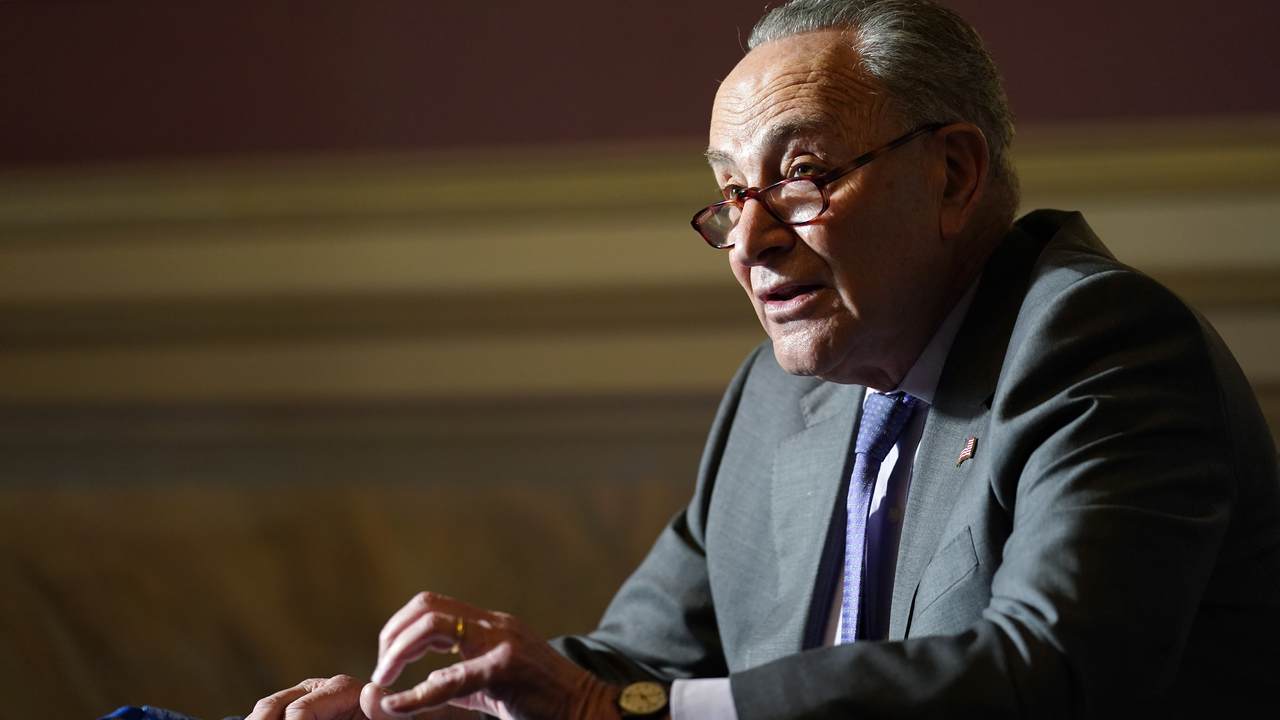 I wish I could stop talking about this, especially since I've done so before. I wish my paranoia was unfounded. I'm not more terrified, I think, because I'm still in denial that it's possible, likely ever, that we really could lose the filibuster. Can you really blame me when there's headlines like these? Bear with me. There's a lot, but I don't feel like I can underscore this:

That's just the news from the past day. I'm sure there's more, and that there's going to be more, but I am just sure I've made my point in letting you know just how urgent this is. Anyways, you'll likely be hearing from me on this again soon.

The news dump comes in part because President Joe Biden and Sen. Dianne Feinstein (D-CA), after previously claiming otherwise, have indicated they could be open to filibuster changes.

If you ask if I ever had any hope for President Biden or Sen. Feinstein, though, I am going to stop you right there before I fall over from laughing too hard. Because I never did, not once. Biden using words like "reform," for now, because they sound nice, and not too scary, and will probably lull all who don't know better into a false sense of security. That "all" may be more than you think. Another headline which terrifies me, is Chad Pergram's Fox News' "Dems weigh eliminating filibuster, but most Americans have no idea how it actually works."

Joe Biden (D-WV) is still probably, sort of, hopefully, maybe in favor of keeping the filibuster. I want to trust him, but I'm probably a nincompoop for doing so. I've lost most hope when this so-called pro-life Democrat voted for COVID-19 "relief," which doesn't contain protections when it comes to taxpayer funding going towards abortions. Worst of all though was his support for the hyperpartisan bully Xavier Becerra as the new HHS secretary. He was confirmed in a 50-49 vote, by the way. Thank you for that, Sens. Manchin and Susan Collins (R-ME).

Maybe, just maybe, Sen. Manchin will exceed expectations when it comes to his commitment to keeping the filibuster, though?

It's no wonder, though, when the headlines above, some of them editorials for major publications or prominent writers, will shove claims of racism down your throat.

Sen. Elizabeth Warren (D-MA) made news for this kind of screed against the filibuster, as reported by Reagan.

"The filibuster has deep roots in racism, and it should not be permitted to serve that function, or to create a veto for the minority. In a democracy, it's majority rules," Sen. Warren said, as Alayna Treene reported over at Axios. "The filibuster is a later creation that was designed to give the South the ability to veto any effective civil rights legislation or anti lynching legislation," Sen. Warren also said.

Treene provides further context in her piece, which just reminds me that the more I hear about Democrats' intentions, the more scared I become. "This understanding of the filibuster's origins is in part what's driving many Democrats' hopes at using their voting rights package to try and convince those on the fence to support changes."

In other words, they are going to do whatever it takes.

That's Sen. Raphael Warnock's (D-GA) take when it comes to S 1, the "For the People Act." Here's some excerpts of the senator's own words, as well as reporting on him:

Meanwhile, some reporting claims that Sen. Warnock didn't say outright he'd get rid of the filibuster. While this is technically true, if you want to argue semantics of it, then you are missing the point. I can read between the lines, and you should be able to as well. Again, he did say, among other things, multiple times, along the lines that, "All options are on the table, including the filibuster."

I will say it louder for the people in the back that elections have consequences. He won with 51 percent of the vote, while appointed Sen. Kelly Loeffler received 49 percent.

Senate Majority Leader Chuck Schumer of New York made similar remarks at a press conference with regards to nuking the filibuster in to pass S 1. According to reporting from Hannah Miao with CNBC: "We will see if our Republican friends join us. If they don’t join us, our caucus will come together and decide the appropriate action to take,” Schumer said. “Failure is not an option."

If you're surprised, then you weren't paying attention, and you need to be reminded of that until it comes time to vote in 2022 and 2024, every day leading up to those elections if need be.

In expressing his outrage that President Donald J. Trump would nominate a replacement for Justice Ruth Bader Ginsburg weeks before the 2020 presidential election, Schumer said "Leader McConnell has defiled the Senate like no one in this generation, and Leader McConnell may very well destroy it."

Now, Schumer may be doing the same in a move to kill the filibuster. You bet your behind it's going to be a move to punish Republicans.

Schumer also warned “everything is on the table,” and that “my colleagues know America needs some changing." Granted, this was about packing the Court, but anyone could just as well apply this to the filibuster.

When it came to then Senate Majority Leader Mitch McConnell of Kentucky bringing a vote to confirm now Justice Amy Coney Barrett to the U.S. Supreme Court, then Senate Minority Leader Chuck Schumer let us know how he really felt.

That was through lines such as "McConnell is angry, because we Democrats have exposed that he has defiled the Senate. We have the culmination of this Republican majority’s systemic erosion of rules and norms in the pursuit of raw political power."

He accused Leader McConnell of having "defiled the Senate as an institution more than any person in this generation and many generations." Leader Schumer also claimed that Republicans were "liv[ing] by the rule of ‘because we can.’ They completely ignore the question of whether they should -- morality, principles, value, consistency -- all out the window."

President Joe Biden's opinion is the one that matters most on this. I wish that weren't the case, but, well, he is the leader of the Democratic Party. Those of us who knew better about the kind of president Joe Biden would be acted accordingly. If you thought he'd be a moderate president, I'd ask what decade you're living in.

Biden may have been in politics for close to 50 years now, but at this point being a moderate was surely just for show to earn votes. He went to the left during the primary where he needed to be, like in rescinding his support for the Hyde Amendment, a day after his campaign staff said he did still support it, which he had only been doing so for his entire political year up until that point. Once he got elected it was an even further lurch to the left from there.

If there's one thing Biden does just as much as trip with his words and his feet, it's trying to calm the people by using nice words and a soothing tone.

If you didn't know better, I feel bad for you, because you have been duped. I feel worse for myself, though, and the rest of us who have to live with your mistake.

Now, I do have hope that buyer's remorse will make these people wake up as they ask 'Dear God, what have I done?' Then again, it may very well be too late.

If the Democrats decided to nuke the filibuster by the time this piece gets published, I wouldn't be surprised. Maybe this is too optimistic of me, too idealistic, too naive of me. Like I said though, I'm not ready to give up, yet.

Perhaps our hope may lie in that quirky Democratic Sen. Kyrsten Sinema of Arizona. She hasn't seemed to cave to pressure to give up on the filibuster, yet.