When Even Whoopi Goldberg Is Tired of Cancel Culture, It's Gone Too Far 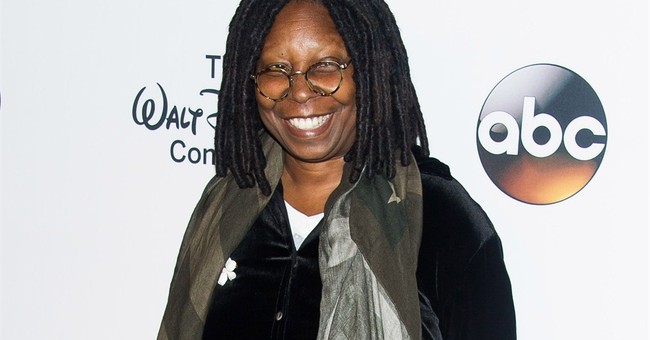 Whoopi Goldberg isn’t exactly known for making sense. She is a co-host on The View, after all. Even a broken clock is right twice a day, though. Cancel culture has really gotten out of control lately, a recent example being Pepé Le Pew falling victim to a screed from The New York Times. Whoopi Goldberg took notice on Tuesday’s edition of The View:

I just heard that they're taking Pepé Le Pew out of 'Space Jam,' and I think to myself, 'Couldn't y'all have just written a couple of lines to say, you know, Pepé doesn't do that anymore because he knows it's not OK to jump on other skunks who may not be as interested in him as he is interested? I don't know why you've got to erase everything. I don't get it. I don't understand it.

Goldberg further defended Pepé Le Pew, against co-host Joy Behar with “"I do! I like Pepé!" Behar had said "Well, nobody likes Pepé Le Pew anyway."

So the standard for being cancelled is if “nobody likes [you] anyway?” That’s helpful to know.

CONTROVERSY OVER SEUSS BOOKS PULLED FROM EBAY: After Dr. Seuss’ family pulled six of his titles from publication for containing racism imagery, eBay has announced they will not feature the titles—the co-hosts react and question if the site should do the same to other works. pic.twitter.com/oIASsQ8Ujs

While millennials everywhere eagerly await the Space Jam sequels, they’ll have to see the movie without the canceled skunk. The same goes for any current or future TV shows. A scene was even cut in the film where Pepé Le Pew is slapped away for kissing in a Casablanca type scene.

The outrage over Pepé Le Pew took center stage when it was referenced in a New York Times piece by Charles Blow. “Some of the first cartoons I can remember included Pepé Le Pew, who normalized rape culture,” the column listed off, along with complaints about Speedy Gonzales and Mammy Two Shoes.

The first book I ever bought was a children’s book about Job from the Bible. Job was the whitest of white men in the book and so was the white savior with white beard lounging on a cloud. Indeed, every image I saw of Christianity featured white people. My great-uncle had a picture of a stringy-haired, blue-eyed white Jesus hanging over his bed.

For all there is to say about Job, whiteness may be a new one.

Blow found the time to rant away such concerns, and the New York Times was willing to provide him a platform for doing so. While he referenced the exclusion of six Dr. Seuss books from future publishing throughout the piece, he took particular aim at backlash towards the end. “I cheered as some bemoaned another victim of so-called “cancel culture.”

A dig such as that is just begging for a reaction.

If Blow really wants to put a stop to “normali[zing] rape culture,” shouldn’t he be clamoring for such a scene to be included in the film?

Deadline describes that scene as one in which:

Pepé was set to appear in a black-and-white Casablanca-like Rick's Cafe sequence. Pepé, playing a bartender, starts hitting on a woman at the bar played by Santo. He begins kissing her arm, which she pulls back, then slamming Pepé into the chair next to hers. She then pours her drink on Pepé, and slaps him hard, sending him spinning in a stool, which is then stopped by LeBron James' hand. James and Bugs Bunny are looking for Lola, and Pepé knows her whereabouts. Pepé then tells the guys that Penelope cat has filed a restraining order against him. James makes a remark in the script that Pepé can't grab other Tunes without their consent.

Wait, but I thought we were supposed to be emphasizing the importance of consent?

The mob doesn’t even make sense on this one. Then again, it never did. This example just really is lacking in commonsense.