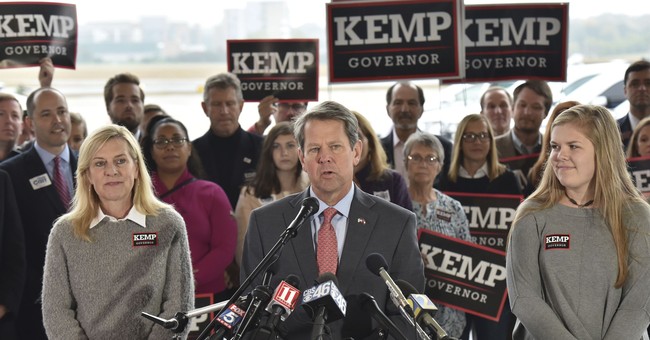 Georgia Governor Brian Kemp (R-GA) is not backing down in the face of woke corporations and activists who are critical of the common-sense voter reform bill that he recently signed into law. Georgia-based corporations including Delta Airlines and Coca-Cola have spearheaded the outrage about the bill, claiming that the provisions will suppress voting accessibility.

Major League Baseball (MLB) joined in on the disapproval of the legislation, and ultimately decided to boycott the Peach State by moving the location of the All-Star game out of Atlanta.

Kemp has been unphased by the outrage from “partisan activists,” and spared no remorse for the MLB’s decision, which the governor said was the league caving to “fear, political opportunism, and liberal lies.”

Georgians - and all Americans - should fully understand what the MLB's knee-jerk decision means: cancel culture and woke political activists are coming for every aspect of your life, sports included. If the left doesn’t agree with you, facts and the truth do not matter.

I will not back down. Georgians will not be bullied. We will continue to stand up for secure, accessible, fair elections.

Earlier today, I spoke with the leadership of the Atlanta Braves who informed me they do not support the MLB's decision.

Perhaps the @MLB should take a look at the restrictive voting laws in their home state of New York before criticizing ours. pic.twitter.com/Vd6IuzlMsq

The league's decision to move the game harms small businesses in Georgia the most.