Gov. Kemp Will Not be 'Bullied' By Woke Corporations Outraged Over Common-Sense Voting Bill 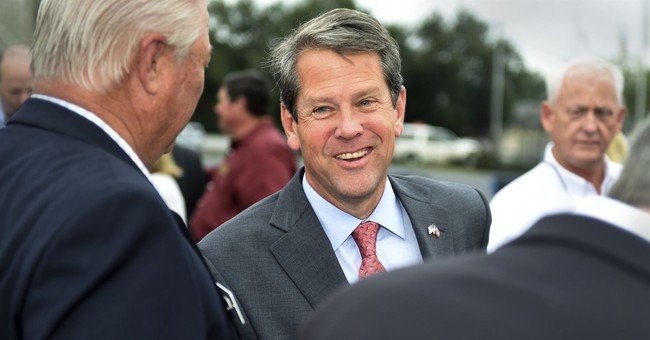 In addition to criticism from Democrats, Kemp has been on the receiving end of vocalized disapprovaal from Georgia-based corporations, including Delta Airlines and Coca-Cola. Kemp is unphased by these nonsensical attacks from “partisan activists,” who, he argues, have not read the bill that he signed.

“I’m not gonna be bullied by these people...If you really look at what we’ve done to perfect the bill that I actually signed, we worked with these corporations, including Delta, who never raised any of these issues until 2 or 3 days after...They’re not focused on the specifics of the bill,” Kemp said on Fox News’ America’s Newsroom on Thursday. “We’re not gonna back down when we have a bill that expands the opportunity for people to vote on the weekends in Georgia. We have as many early voting days as anybody in the country. We’ve got ‘no-excuse’ absentee. We’re adding drop boxes to counties that didn’t have them last time.”

"We're not going to back down when we have a bill that expands the opportunity for people to vote on the weekends in Georgia." @GovKemp defends Georgia's new voting law @BillHemmer @DanaPerino pic.twitter.com/IaWEgYgI9N

President Biden deemed the bill “Jim Crow on steroids,” but left out the fact that Georgia’s newly-signed law affords more voting access than the president’s own home state does, as Kemp pointed out.

“Compare Delaware to Georgia. See who has more opportunities for people to vote, for people of color to vote,” Kemp said in response to the president’s tone-deaf comments. The newly-signed bill allows for 17 days of early voting in Georgia, which is more than most states currently have.

Congratulations to the state of New Jersey on now having 9 days of early voting!