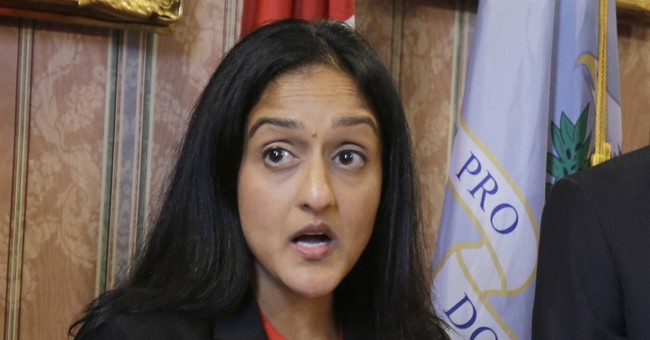 Former Obama administration official Vanita Gupta, President Biden’s nominee to serve as Associate Attorney General, is before the Senate Judiciary Committee for evaluation of her nomination. Gupta’s record includes support of defunding the police and expanding the size of the Supreme Court, while being bankrolled by “dark money” donors, as conservative groups noted ahead of her confirmation hearing.

Gupta claimed to have not supported the radical movement to defund law enforcement, but previous statements contradict her claim. Texas Senator Ted Cruz (R-TX) grilled Gupta on her previous views as presented to the Senate, during which she encouraged Congress to “reexamine federal spending priorities and shrink the footprint of the police.”

Gupta maintained that she does not support defunding the police entirely, but said that reallocating funding is unifying. Her record of embracing far-left policies is a hurdle for Gupta's confirmation, including support for decriminalizing drugs across the board, as Sen. Tom Cotton (R-AK) noted in the committee's hearing.

.@TomCottonAR highlighted one of the biggest challenges for Gupta -- she's championed every major far-left activist priority in the last decade.. now has to convince Senators she's changed her mind and won't fight for them at DOJ.

In this case.. decriminalizing all drugs. pic.twitter.com/H3ocH3wxfF

Senator Cornyn asked Vanita Gupta if she advocated decriminalizing all drugs. She said "no."

After Neera Tanden's nomination was forced to be withdrawn, Conservative groups are targeting Gupta as a radical cabinet selection, in addition to Health and Human Services (HHS) nominee Xavier Becerra.