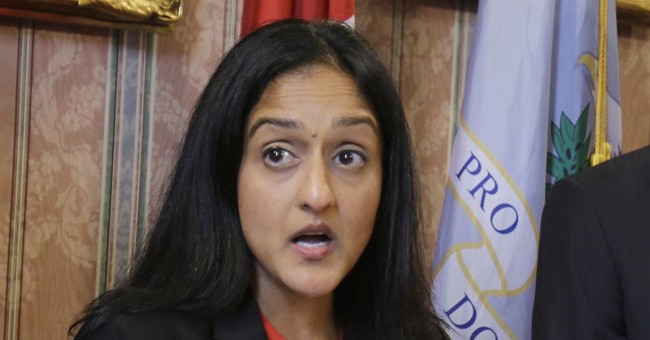 President Biden’s nominee to serve as Associate Attorney General, Vanita Gupta, is before the Senate Judiciary Committee on Monday as her confirmation process begins. Judicial Crisis Network (JCN), a powerhouse conservative interest group, is hitting the airwaves with an ad campaign exposing Gupta’s radical record. Gupta previously served as a lawyer in the Obama administration.

The $1 million ad buy, on top of a previous $800,000 campaign against Gupta, paints the nominee as an ally of “dark money” from “labor unions, liberal dark money pools, and extreme left  billionaires.” The ad points out that “dark money” groups opposed qualified candidates for the Supreme Court during the Trump administration and propped up a “far-left agenda.”

Vanita Gupta has her nomination hearing today. Senators should be very concerned about her record of pushing radical policies, fueled by liberal dark money. pic.twitter.com/8AxVgOY8yD

Conservative groups, including JCN, have gone on the offensive to advocate against a few of Biden’s radical nominees for high-level positions. Five state attorneys general also urged Biden to withdraw Gupta’s nomination on account of her support for the “defund the police” movement and expanding the size of the Supreme Court.

It's baffling to hear Democrats and the media keep suggesting that she didn't. https://t.co/86uClCm3Ft pic.twitter.com/CNhbQWKXQd