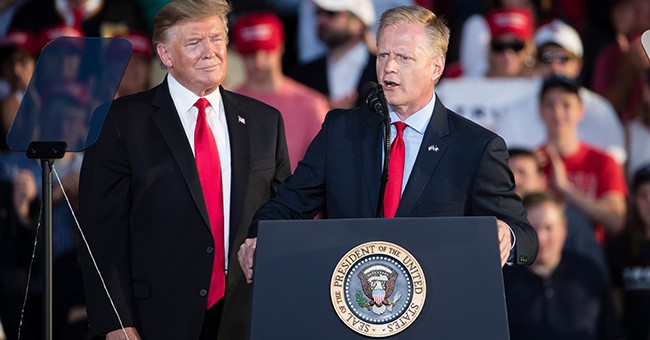 Members of Pennsylvania’s delegation in the House of Representatives are accusing state officials of engaging in election improprieties, and “circumventing” the state legislature’s “clear constitutional authority” to determine election procedures. The “unlawful actions” that the GOP congressmen point to includes accepting ballots after the deadline on election day, declining to match signatures on mail-in ballots, greenlighting unsecure voting drop boxes, and blocking poll watchers from doing their jobs.

PA's Governor, Secretary of State and Supreme Court acted unlawfully to violate the state legislature's clear, constitutional authority to set election procedure. Until these actions are addressed, I cannot support electors chosen based on an inaccurate vote count.

Today, I joined other Pennsylvania members of the U.S. House of Representatives in releasing a statement regarding the certification of electors. See below for the full release: pic.twitter.com/FT4MT4jBjG

“Additionally, the Pennsylvania Attorney General did nothing with regard to these unlawful activities. Not one inquiry, no questioning, and certainly no investigations. Not to mention that hundreds, if not thousands, of affidavits outlining election complaints and potential fraud were documented, submitted, and ignored. The Pennsylvania election could be summed up as a free-for-all with no oversight and different standards applied throughout the Commonwealth. It is also very apparent that the unlawful actions described were concentrated in heavily populated, Democrat-led counties,” the Pennsylvania congressmen said in a joint statement. “By definition, such unlawful, unregulated, and inconsistent activities resulted in a highly questionable and inaccurate vote total. The scope of these inaccuracies cannot be known until the legal ballots are identified and counted, and the illegal ballots are disqualified. This has not been done.”

In light of what they say is “unlawful activity” the congressmen said they cannot support electors “based upon an inaccurate vote count.”

“Therefore, the state's official certification of electors was based upon a flawed system and an inaccurate vote count. Thus, very possibly resulting in an erroneous certification. Until these unlawful practices are acknowledged and corrected, we, as members of the U.S. House of Representatives, cannot agree to support electors chosen based upon an inaccurate total vote count. The voters of Pennsylvania deserve integrity in the election process and equal protection under the law.”

Both chambers of Congress will debate and vote on the certification of the Electoral College on January 6.