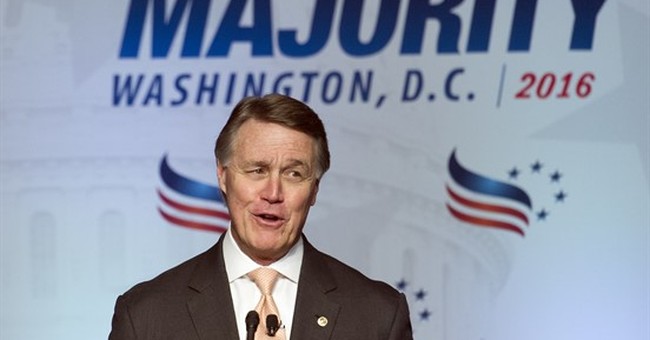 Hoping to lead the upper chamber via winning both runoff elections, Sen. Schumer himself said that his party can “change America” if Sens. Perdue and Loeffler do not hold their seats, as the ad highlights.

"Jon Ossoff would be a rubber stamp for Nancy Pelosi, AOC, and Chuck Schumer in their bid to horrifically change America," said Perdue for Senate Campaign Manager Ben Fry. "David Perdue is our last line of defense against efforts to give voting rights to illegal immigrants, defund the police, pack the Supreme Court, and take away private health insurance coverage. We must reject this radical takeover  on January 5th — and save America."

As Democrats funnel out-of-state money and resources into Georgia, hoping to take control of the Senate in order to implement far-left legislative measures, Sen. Perdue said that his election is about more than the candidates:

"This race is about more than Jon @Ossoff and me. This is a battle for the future of our country. Democrats want to move America away from our founding principles and turn our country into a socialist state," he said in a tweet on Friday morning.

Both Sens. Perdue and Loeffler will compete in runoff elections on January 5, with control of the Senate hanging in the balance.