'Believe Them': John James Lays Out Everything at Stake if Democrats Take Power 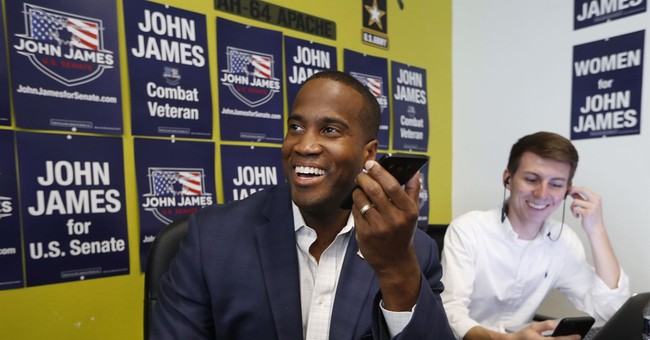 MUST WATCH: John James lays out what is at stake in this election

"Who do you trust with your freedom?" - @JohnJamesMI on @seanhannity just now ???? pic.twitter.com/19OMOLz3Hc

James pointed out that Sen. Peters was recently endorsed by self-proclaimed socialist Rep. Alexandria Ocasio-Cortez (D-NY), and said that the vulnerable incumbent would be nothing more than a “speed bump” in the way of the Left’s radical agenda.

Gary Peters will be a rubber stamp for the radical left’s agenda. Michigan is ready for John James! #MISen @JohnJamesMI @NikkiHaley @seanhannity pic.twitter.com/Wy1iXaW3Xb