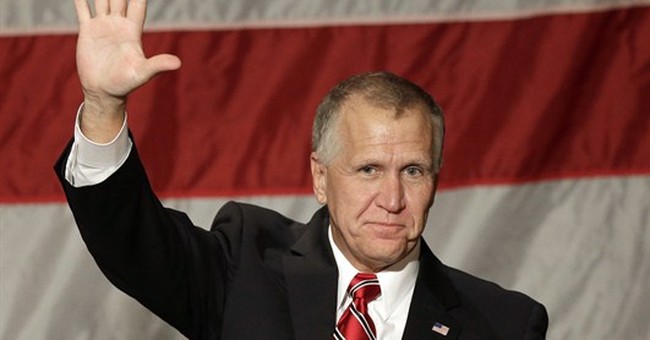 Former Vice President Joe Biden is apprehensive about releasing a list of potential appointees to the Supreme Court, were he to be elected in November, as President Trump has done. GOP Senator Thom Tillis (NC) spotlighted Biden’s refusal to match President Trump’s transparency on judicial nominations; the incumbent's Democrat challenger, Cal Cunningham, has not yet pushed Biden to release a list.

Sen. Tillis’ reelection campaign rolled out ‘JoeBidenJudes.com,’ to afford voters the opportunity to learn the truth about the jurists who could be nominated during a Biden administration, calling the potential appointees “liberal activist judges.”

“AOC and Chuck Schumer were on stage last week saying they wanted to do just that and I think my opponent, Cal Cunningham, will vote for the nuclear option on the legislative filibuster and they could expand the Supreme Court by as many as four,” Sen. Tillis said on Fox and Friends on Tuesday morning. “Then those judges on JoeBidenJudges.com are even more likely to get up there and pack the court with liberal activist judges that would be nothing more than legislators in robes. And what Chuck Schumer is trying to do is create a third chamber for the U.S. Congress so that he can legislate from the bench.”

We finally found the Supreme Court shortlist that Joe Biden and Cal Cunningham have been hiding from you. It's filled with liberal activist judges who are dangerous for North Carolina.

Cunningham, hand-picked by Sen. Schumer to attempt to unseat Sen. Tillis, said that he would “counsel against” the idea of Biden releasing a list of potential Supreme Court nominees.