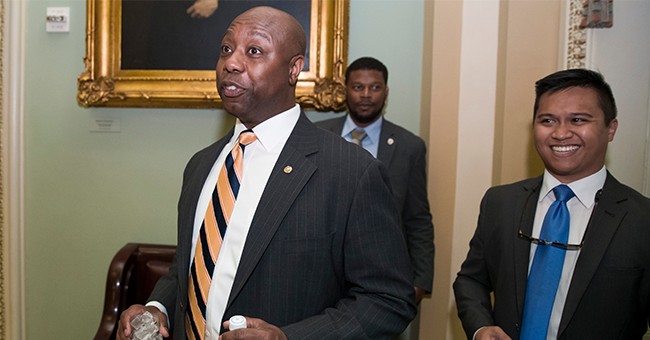 Most notably, as championed by Sen. Scott, the JUSTICE Act will include a provision related to “no-knock warrants.” The legislation does not end qualified immunity for police officers, which Democrats push for. The latter provision is not on the table in the eyes of Republicans and the Trump Administration, at this point.

This Wednesday, Senate Republicans will bring the #JUSTICEAct to the floor for a vote.

Join @SenatorTimScott as he walks through the details of his legislation.

Later this week, thanks to @SenatorTimScott, the Senate will vote to consider police reform legislation on the floor. I hope both sides come together and vote to begin this important debate. The American people deserve more than political posturing. They deserve an outcome.

McConnell files cloture on motion to proceed to police bill. This sets up test vote on police bill for Wednesday morning. Will need 60 yeas. The Senate will need 60 votes just to start debate on the police reform bill. Otherwise, the legislation is stalled.

Senate Democrats have indicated opposition to the GOP bill, with Sen. Schumer (D-NY) calling the legislation “piecemeal and halfhearted.” Leader McConnell called out the opposition as political posturing, indicating that Democrats would rather score political points than make meaningful laws.

McConnell on Dems considering blocking debate beginning on Senate GOP police reform bill. "What is there to agonize over?" McConnell says Dems may be "more interested in making a point than actually making a law."

McConnell says "we will find out" if Dems are willing to allow the GOP police reform bill come to the flr "later this wk."

The Senate should take up the police reform legislation on Wednesday.