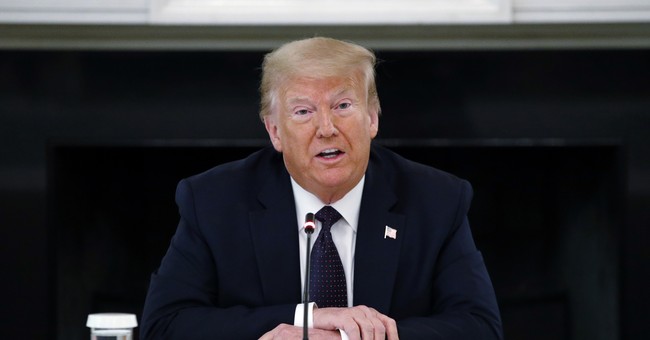 President Trump is signing an executive order on Tuesday regarding police reform that instructs Attorney General Bill Barr to oversee accountability for law enforcement units, a White House official originally told Townhall on Monday night. AG Barr will validate independent bodies to credential law enforcement units if reasonable standards are met. Practices on the radar of AG Barr include de-escalation training, use-of-force standards, systems to detect early warning signs of issues with law enforcement personnel and community engagement measures. The executive order mandates that any law enforcement department seeking grants via the federal government must be certified by these independent bodies as overseen by AG Barr.

Mental health concerns are also addressed in this executive order. AG Barr and Health and Human Services Secretary Alex Azar will foster programs that will create training and resources for law enforcement officers to prepare for encounters with individuals suffering from impaired mental health, addiction and homelessness. It will also increase the number of social workers who work in conjunction with law enforcement in co-responder programs so that appropriate situations can be addressed by both parties.

The executive order brings focus back to training programs, and mandates accountability for law enforcement, while not vilifying the profession in its entirety. Ending qualified immunity is still off the table at this point.

Under the EO: DOJ will certify independent orgs to provide accreditation to Police Departments on de-escalation, use of force, & community engagement training. The use of chokeholds will be barred, with an exception for when deadly force is used against an officer.

President Trump paid tribute to families who have lost loved ones to police brutality and vowed to pursue justice in his address in the Rose Garden before signing the order. The president affirmed his opposition to the "radical and dangerous" efforts to "defund, dismantle and dissolve" law enforcement departments:

"Without police, there is chaos. Without law there is anarchy. And without safety there is catastrophe," President Trump said. "We need leaders at every level of government who have the moral clarity to state these obvious facts."

On the executive order, the president said that the credentialing programs demand that units adhere to the "highest standard," and that chokeholds as a use of force will be banned unless an officer's life is at risk. While he says that this executive action is a step in the right direction, President Trump indicated that Congress will be working to pass police reform.