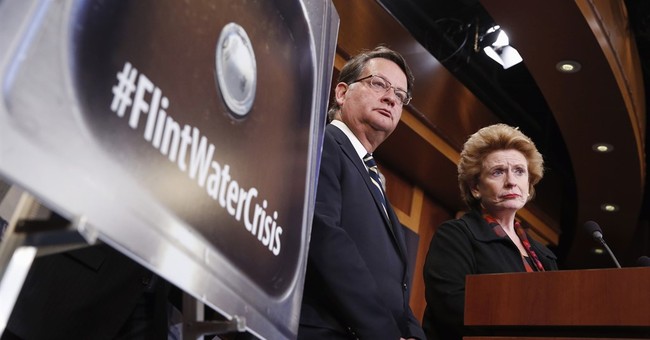 After huge fundraising numbers were released earlier this week, the National Republican Senatorial Committee (NRSC) unveiled a blistering ad against Michigan Senator Gary Peters (D-MI). A target of the GOP Senate majority, Sen. Peters is seen as one of the more vulnerable Democratic senators on the 2020 map, on account of his low name identification among Michigan voters. Army veteran and Michigan businessman John James is running to unseat Sen. Peters to give the GOP majority another seat in the upper chamber; after losing by a 6 point margin to Sen. Debbie Stabenow (D-MI) in the 2018 “blue wave” year, Sen. Peters is much more vulnerable of an incumbent.

The digital ad follows the partisan political stunt committed by Senate Democrats earlier this week, when the minority blocked Majority Leader Mitch McConnell’s (R-KY) effort to legislate additional funding to the newly rolled out Paycheck Protection Program (PPP). A bipartisan initiative, PPP gives economic relief to small businesses during COVID-19 while the economy is shut down.

Rather than be a leader within a hyper partisan Democratic caucus in the Senate, one that has consistently used the current global health pandemic to score political points and oppose the Trump administration at every corner, Sen. Peters followed the lead of Minority Leader Chuck Schumer.

The NRSC cleverly uses Sen. Peters' lack of name identification to their advantage, coining 'Jerry Peters' in many of their ads. Watch the full ad in response to the Michigan Democrat blocking funding for small businesses here:

NEW DIGITAL AD: We are targeting Jerry Peters in Detroit after Democrats blocked relief for small businesses and their employees affected by the Coronavirus yesterday. pic.twitter.com/WuRNt6PwK5