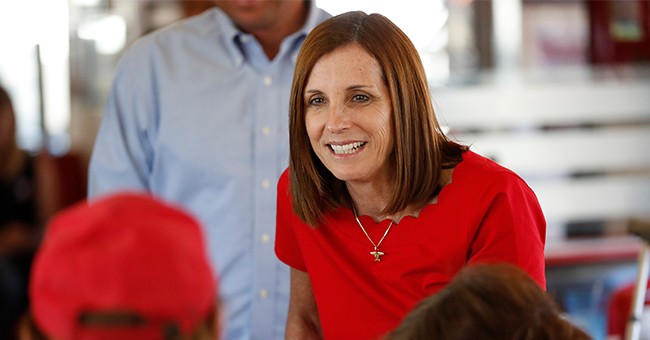 Arizona Senator Martha McSally (R-AZ) announced Wednesday morning that her campaign is suspending all fundraising for 15 days. Sen. McSally elected instead to direct fundraising resources toward causes in need during COVID-19, including the Salvation Army. Her #15DaysofGiving aims to prioritize the American people over electoral politics:

In this time of uncertainty, we need to help our fellow Americans. That’s why I’m launching the #15DaysofGiving - putting aside politics & instead using the resources of my campaign to raise money for charities like @SalvationArmyUS to support those impacted by #COVID19. pic.twitter.com/CX9UTPmF4n

#AZSEN: @MarthaMcSally
announces she will suspend all campaign fundraising and instead raise as much money as possible for The Salvation Army of Arizona. This is part of her campaign’s “15 Days of Giving” initiative.

This initiative from Sen. McSally is unique for such a high-stakes election year, and given the stature of her re-election challenge. GOP senators facing re-election battles have led the way during the COVID-19 epidemic. In addition to passing a major relief package for Americans suffering economic distress, with much pushback from Sen. Chuck Schumer (D-NY), other GOP senators have suspended campaign activities in order to put the American people before politics:

4) …and to ensure we do all we can to help our workers, small businesses, families - all Americans - get through this tumultuous time. Please stay informed and healthy.

While Kentuckians grapple with the effects of the #coronavirus, our team stands ready to support those who are most vulnerable in our communities. We have suspended our voter contact program & are instead asking how we can help our most vulnerable neighbors in their time of need.

A few Democratic candidates, on the other hand, have actually used a global health pandemic that is taking American lives to boost their fundraising numbers.