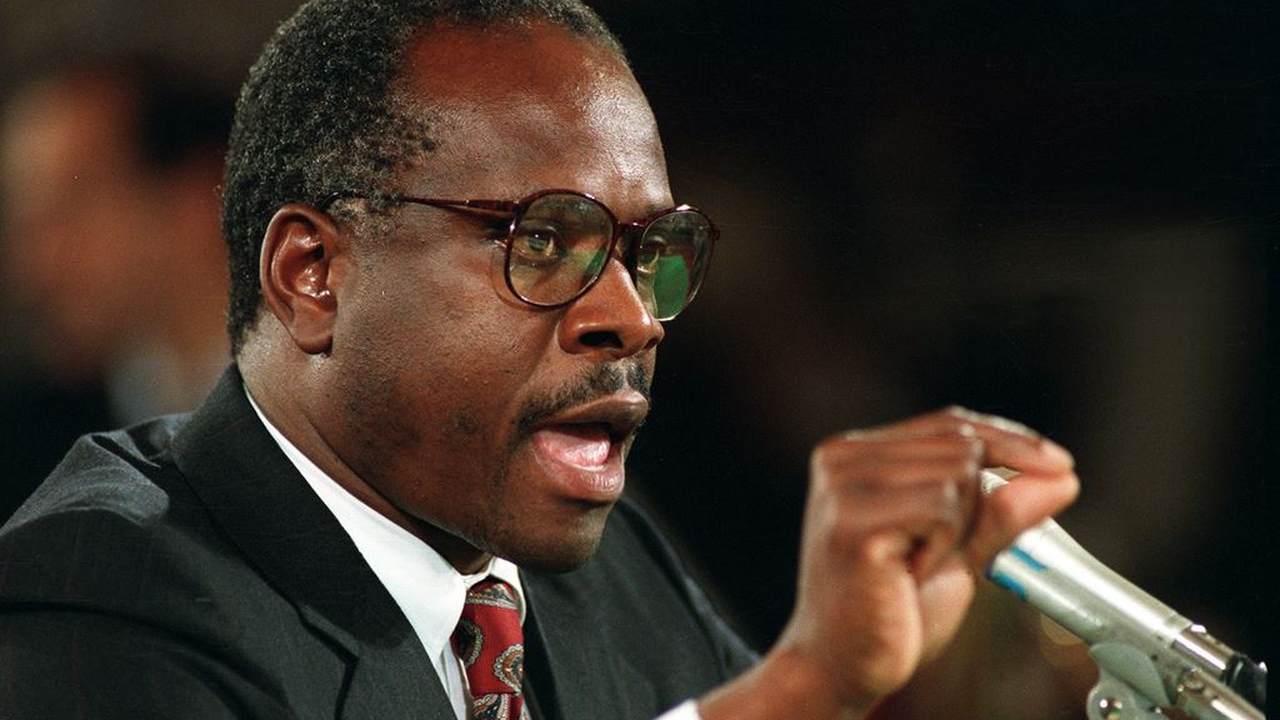 Justice Clarence Thomas is best known as a brilliant jurist and shining example of strict constitutionalism, but Thomas has become a victim of the Left’s war on originalism. Justice Thomas is the star of a new film, “Created Equal: Clarence Thomas in His Own Words,” which gives viewers a front-row seat to Thomas’s life before the bench, and the biased chaos that occurred during his confirmation hearings.

Filmmaker Michael Pack captures the life of Justice Thomas with nearly 30 hours of interviews with the controversial jurist and his wife, Virginia. Looking directly at viewers, Justice Thomas recounts details of the entirety of his life, from growing up in an impoverished household in Georgia, to being accused of sexual misconduct in front of a legislative body, to serving as one of the most controversial jurists on the bench of the highest court.

Justice Thomas candidly discusses his difficult upbringing, in which he and his brother were raised by their grandparents. Thomas’ grandfather was the epitome of tough love, and Thomas credits the anger he felt during the early parts of his adulthood to this tough love, but his grandfather’s view on life eventually helped to shape Thomas’s jurisprudence and view of the world.

After a tenure in liberal and civil rights activism, Thomas saw through the values of the Left, realizing that these ideologies such as affirmative action do little for race relations. After graduating from Yale Law School and then working in Ronald Reagan’s Department of Education in the Civil Rights Division, Thomas became a judge for the D.C. Circuit Court of Appeals in 1990. Following his short tenure on the federal bench, Thomas was nominated to the Supreme Court by President George H. W. Bush in 1991.

As is the new norm for Supreme Court confirmation hearings, Democrats in Congress launched a full-blown attack on Thomas, on both his jurisprudence and his character. This war waged by radicals who willingly forego the Constitution for the sake of a political agenda started long before Brett Kavanaugh came before the Senate Judiciary Committee. Democrats initially criticized Thomas’ originalist judicial philosophy, but weak attacks on his commitment to the Constitution did little to blemish Thomas’ record.

The sitting judge was then accused of sexual misconduct by law professor Anita Hill, who worked under Thomas at the Department of Education. Even with zero tangible evidence and public opinion overwhelmingly siding with Thomas, Senate Democrats continued this baseless character war on Thomas in order to prevent an originalist from sitting on the bench.

These confirmation hearings were brutal for Thomas and his wife, Virginia. By the end, a normally soft-spoken Thomas had enough of this cruel attempt at character assassination:

"This is a circus. It is a national disgrace. And from my standpoint, as a black American, as far as I am concerned, it is a high-tech lynching for uppity-blacks who in any way deign to think for themselves, to do for themselves, to have different ideas, and it is a message that, unless you kowtow to an old order, this is what will happen to you, you will be lynched, destroyed, caricatured by a committee of the U.S. Senate, rather than hung from a tree," Thomas said before the Senate.

Indeed, the behavior of Senate Democrats, led by now-presidential hopeful Joe Biden, was a national disgrace. As America would see again in the confirmation of Justice Kavanaugh, Democrats in the Senate used misconduct allegations with minimal evidentiary support to derail the nomination of a well-qualified jurist, purely based on disagreement with the nominee’s ideology. Justice Thomas’ confirmation hearings were the first sign of Democrats’ complete disregard for due process and our "innocent until proven guilty" legal philosophy.

Justice prevailed, and Thomas was confirmed 52-48 by the Democratic majority in the upper chamber. Justice Thomas has served as a staunch defender of the Constitution and has ruled as an unwavering originalist throughout his 27-year tenure on the bench of the highest court. Even in the face of continuous attempts at character assassination, Justice Thomas rules with integrity.

“Created Equal: Clarence Thomas in His Own Words” is about much more than Justice Thomas’ confirmation battle with Anita Hill. It gives viewers a look into the jurist’s early life struggles, evolution of his judicial philosophy and commitment to both family and the rule of law.