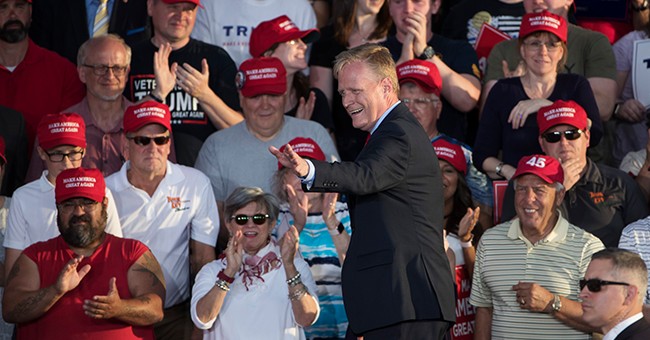 As the 2020 election grows near, voters in Central Pennsylvania, the 12th Congressional District, voted for new representation in a special election. The district elected former Rep. Tom Marino in the November 2018 midterm elections, but Marino quickly resigned for health reasons, triggering yet another special election in the Commonwealth. The district is solidly red and was not of large concern to the Pennsylvania or National GOP, but the overwhelming margin of victory for Congressman-Elect Fred Keller can be seen as a foreshadowing for the future electorate in Pennsylvania, which will be a huge player in 2020.

After a long process of candidate selection by the party, former State Rep. Fred Keller emerged as the victor among a field of 14 candidates. Keller is in good standing in Harrisburg and holds a pristine Conservative voting record, earning a 90 percent approval from the American Conservative Union. He is solid, mainstream Republican who will be an excellent ally for President Trump in the polarized House of Representatives, as the President said himself on Monday night.

Keller’s opponent, Penn State assistant professor Marc Friedenberg, could not be more staunchly different from the district’s new Congressman-Elect. Friedenberg, who ran against former Rep. Tom Marino in November and lost by over 30 points, aligns himself with Rep. Alexandria Ocasio-Cortez and the growing wing of radical leftists within the Democratic Party. He endorsed Medicare-for-All, the Green New Deal, debt-free college, repeal of President Trump’s tax cuts and abortion on demand in his first Congressional bid; even after his landslide defeat by Marino, Friedenberg hardly altered his platform.

This sweeping rejection of socialist values that pose a real threat to the American economy from the district’s voters should have been a sign that these values absolutely cannot, and will never, be victorious in Central Pennsylvania. I would argue that these values cannot win in the vast majority of Pennsylvania districts. Although Pennsylvania’s 12th Congressional District has been historically a solid red district, giving safe wins to the GOP, a Democrat with moderate values could have a path to victory; just as a traditional Democrat who, perhaps, does not embrace the tax-heavy, socialist values of the new wing of the Democratic Party, could win the coveted Keystone State in 2020.

Democrats in Pennsylvania and other swing states should learn from this special election. Although PA-12 is a strongly red district, this election speaks for the vast majority of swing states and the rustbelt: socialist values are not popular. If Democrats want any fighting chance of winning Pennsylvania, Michigan, Wisconsin or Ohio, it would serve them well to nominate someone who does not embrace the radical policies that Marc Friedenberg did, costing him his second Congressional bid by an overwhelming, landslide margin.