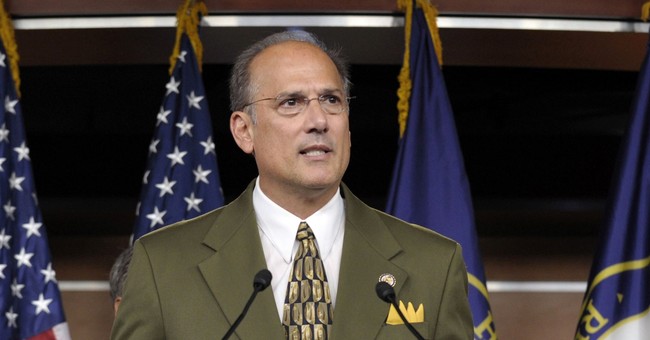 The Republican Party of Pennsylvania came together Saturday to nominate a candidate for the upcoming special election in the 12th congressional district, after Rep. Tom Marino (PA-12) announced his retirement, for health reasons, in late January. Per state procedure, a combination of 202 conferees from the district’s 15 counties overwhelmingly selected PA State Rep. Fred Keller over 13 other contenders to be the Republican candidate for the special election in May.

In his tenure in the Pennsylvania state legislature, Rep. Keller held a pristine Conservative record, not only earning broad support from the state party, but also a 90 percent lifetime rating from the American Conservative Union.

With nearly 100,000 more registered voters than that of the Democrats, Republicans have a huge advantage in this deep-red district. The Pennsylvania Supreme Court ruled that the previous congressional map, which was in use since 2011, was a product of partisan gerrymandering. This ruling was a huge win for Democrats in Pennsylvania, giving the party Congressional advantages in 2018. The new map, which has received overwhelming criticism for mapping districts unfairly, split the previous 5th district into the 12th and 15th districts. The new 15th is now held by Congressman Glenn Thompson, who represented the 5th from 2009 untilthe new map was drawn in 2018. The new 12th district was held by Tom Marino, who previously represented the 10th district from 2013-2019, when he was redistricted to the 12th. Both districts, still solidly red, brought overwhelming victories for the GOP in the 2018 midterms.

Of course, as is true for most solidly red or blue Congressional districts, the right candidate of the respective disadvantaged party nearly always has a shot to win, or, at least, be competitive. Thus far, the Pennsylvania Democrats have swung, missed and struck out in the now-12th and 15th Pennsylvania districts in the past few cycles. Rep. Thompson and Marino defeated their challengers with 67.8 and 66.0 percent of the vote, respectively.

Competing for the Democrats in this special election is local activist and Penn State professor Marc Friedenberg, who has been a congressional hopeful since 2017. Friedenberg originally sought, and received, the Democratic nomination for the 5th district, hoping to unseat Congressman Glenn Thompson. After the court’s ruling on Pennsylvania’s Congressional map, he was redistricted to run in the 12th against Rep. Tom Marino; Friedenberg ultimately lost his 2018 election by nearly 80,000 votes. Immediately following the news of Marino’s departure from Congress, Friedenberg announced he would be seeking the Democratic nomination for the special election in the deep-red 12th district.

Friedenberg’s candidacy was overwhelmingly rejected in 2018 largely due to his radical, far-left views that do not, and will likely never, resonate with central Pennsylvania voters, and the May 21st election is set to follow suit. By endorsing extreme, arguable socialist, policies such as Medicare-For-All, the Green New Deal, a ‘living wage’ and radical gun control, Friedenberg makes the same mistake that many young Democrats in the growing progressive wing of the party continue to make. These radical views do not resonate with the majority of American voters, especially not in the deep-red territory that is Pennsylvania’s 12th district.

Pennsylvania Republicans are positioned to hold the 12th district by a large margin in the May 21st special election.