Here's What You Need to Know About the NYC Terror Attack 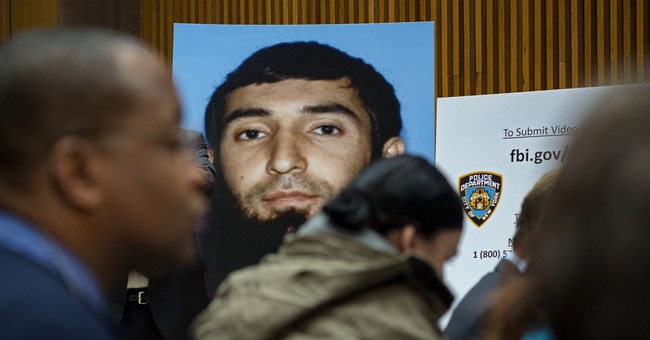 Who: The deadliest terror attack in New York City since 9/11 was carried out by 29-year-old Sayfullo Habibullaevic Saipov of Tampa, Florida. Saipov is an immigrant from Uzbekistan who came to the United States in 2010 through the Diversity Visa Lottery Program.

What: Saipov rented a truck from a Home Depot in Lower Manhattan and later drove the vehicle into a crowd of cyclists and pedestrians. Eight people have died (five Argentinians, one Belgian, and two Americans) and a dozen more are injured. After hitting civilians, Saipov crashed into a school bus full of school children and parents. Exiting his car, Saipov appeared to be carrying two firearms and was shot by police when they arrived on scene. The weapons turned out to be a paintball and pellet gun. Saipov was taken to a hospital to receive treatment for a gunshot wound to his abdomen.

Where: Saipov drove the truck rental down a pedestrian bike path along West Side Highway for several blocks before losing control and hitting a school bus on the corner of Chambers St., right by Stuyvesant High School and the Tribeca Bridge. The scene was only a few blocks away from the 9/11 Memorial and the One World Trade Center.

Why: The attack was an act of terrorism. After exiting the vehicle, Saipov shouted "Allahu Akbar" and police found notes, written in Arabic, where Saipov had pledged allegiance to the terrorist organization known as ISIS.

A New York City Halloween parade that was scheduled that evening went as planned.

The investigation is still ongoing and according to CNN, Uzbekistan's president, President Shavkat Mirziyoyev, has said he will help in any way possible.

On Wednesday afternoon, President Trump told the media that he will be looking to end the Diversity Visa Lottery Program and push for more extreme vetting procedures.