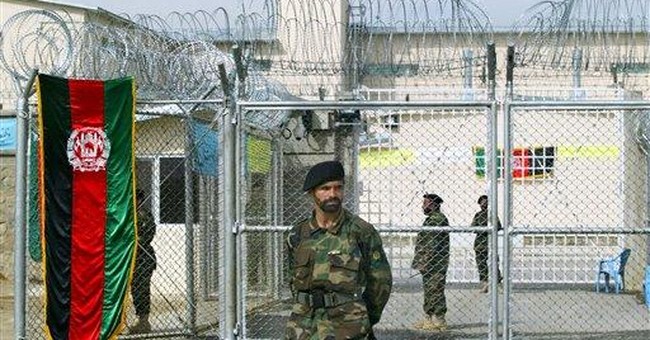 Afghan and ISIS forces clashed in a deadly siege on an Afghan prison that began on Sunday night and continued into Monday.

The battle began when militants detonated a car bomb outside a government detention center in Jalalabad, the capital of the Nangarhar province, blowing a hole in the perimeter. They then stormed the facility with assault rifles and sparked a gun battle with prison guards. They released hundreds of the prison’s 1,793 prisoners, at least one-third of whom are affiliated with the Islamic State group.

After more than 22 hours of fighting, nearly 29 people, including 13 civilians, had died, and at least 42 were wounded. Afghan Gen. Yasin Zia oversaw the final phase of defense operations, claiming that his forces killed all 10 attackers, while Afghanistan Times reports 11 dead attackers, and two witnesses told Reuters the number may be as high as 30. Five prisoners were killed, including three Taliban members.

Provincial spokesman Attaullah Khogiani stated that 430 remained trapped inside their cells, and of those liberated 1,025 were recaptured by Afghan forces. The remaining 338 have not been accounted for. Forty families near the facility had to be evacuated from a residential building that insurgents had occupied, Khogiani said.

The Islamic State claimed responsibility for the attack via its Amaq news agency. The Taliban said it was not involved.

On Saturday, Afghanistan's intelligence arm announced that it had successfully assassinated Assadullah Orakzai, a senior ISIS official who helped coordinate several attacks against Afghan military and civilian targets. The Afghan National Directorate of Security said the attack took place near Jalalabad but did not specify a date.

The ISIS attack comes as the Taliban and the Afghan government are nearing the final round of prisoner releases in accordance with the U.S.—Taliban peace agreement. They entered into a ceasefire on Saturday, marking Islamic holiday Eid Al-Adha, to facilitate the exchange.

Nevertheless, Afghanistan Times reported that the Taliban killed or wounded 60 civilians during the ceasefire period, indicating “the lack of commitment on the part of the militants,” according to Ministry of Interior spokesman Tariq Aryan.

While the Taliban claims to have fulfilled its part of the contract, the Afghan government is reluctant to liberate the remaining 400 Taliban captives to meet the 5,000 man quota due to their extreme criminal history.

Afghan President Ashraf Ghani did order the release of 500 prisoners whose names did not appear on the list submitted to him by the Taliban. He has also announced plans to convene a Loya Jirga, or assembly of regional leaders, on Friday for the purpose of deliberating on how to handle those remaining on the list. According to a spokesperson, Ghani is not constitutionally enabled to release such individuals.

Correction: bringing the total to 4917*

The U.S. has suggested placing those who pose continuing dangers to national security under house arrest once freed.

U.S. Secretary of State Mike Pompeo met with Taliban leaders to discuss the ceasefire and ensuing prisoner exchange. Regarding a video of the conference released by the Taliban on Monday, Taliban spokesman Suhail Shaheen said, “Both sides talked about the inception of intra-Afghan negotiations and the status quo, emphasizing that release of the remaining prisoners are essential for commencement of intra-Afghan negotiations."

The Taliban have threatened continued aggression if Ghani fails to uphold his commitment, noting that both parties have made progress toward establishing a “pure Islamic government.” In a speech to welcome the Eid holiday, Taliban leader Mu Mullah Haibatullah Akhundzada offered amnesty to Afghan forces who have fought the Taliban in the past: “We…consider sincere and serious dialogue one of the fundamental ways for finding a resolution,” he said. “Domestic parties should immediately remove all obstacles obstructing intra-Afghan dialogue and give priority to the greater interests of our homeland.”

“The sad reality in the current peace process dynamics is that both the warring sides are on the lookout for finding a way to show they have the upper hand while ordinary Afghans bearing the brunt of their conflicts,” said an Afghanistaan Times editorial.