Here's Why Democrats Are Optimistic About Their Latest Gun-Grabbing Scheme 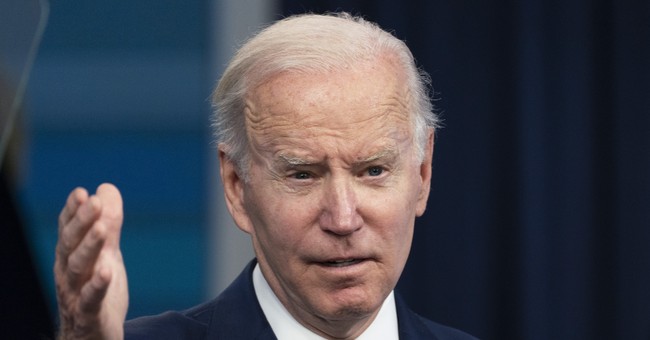 With a 50-50 Senate and only a four-seat majority in the House, you’d think Joe Biden and the Democrats wouldn’t take on an anti-Second Amendment push up on the Hill. The Democrats are slated to be shellacked come November. Joe Biden’s approvals are abysmal. There are multiple domestic crises torching American working families. And the economy will be in recession. Democrats opted to engage in a new gun-grabbing scheme in the wake of the awful shooting in Uvalde, Texas. At Robb Elementary School, Salvador Ramos gunned down 19 kids and two teachers before being shot by police. Ramos died in the attack. Gun control pushes in an election cycle that doesn’t favor you isn’t a good strategy, but then again—there is nothing popular about this Democratic Party. They’ll go full send if it means trying to get their base energized. Right now, it’s guns and abortion, the latter of which will see a new surge in protests when the Supreme Court releases its final opinion on the Dobbs case. A leaked draft shows the Court primed to overturn Roe v. Wade which got the woke white women all worked up.

As Spencer noted, Sen. Chuck Schumer (D-NY) is so committed to this gun control push that he’s scrapped a vote on it for now. He doesn’t want to work this weekend. Is there a chance of success in a split chamber? In any other circumstance, I’d say no. But the GOP isn’t a fully united party here. There are Sens. Mitt Romney (R-UT), Susan Collins (R-ME), and Lisa Murkowski (R-AK) who are long overdue when it comes to stabbing us in the back. Oh, and they have some new allies which we’ll mention in a second.

It appears that Sens. Kyrsten Sinema (D-AZ) and Joe Manchin (D-WV), the two wild cards for the Democrats, are not going to end the filibuster to push some gun control package through. So, this thing could be dead—and Sinema shocked the press pool when she said DC solutions might not be a realistic road to go down when addressing these heinous crimes.

New: Sinema tells reporters she’s going to reach out to her GOP colleagues to try and find a bipartisan response to mass shooting. She rarely makes off the cuff remarks like this

SINEMA just stopped reporters outside the senate chamber and said she had something to say. This is rare.

Here’s what she said. I asked her if she was willing to set aside the filibuster. She said she didn’t believe “that DC solutions are realistic here.” pic.twitter.com/BCUQQzEX0l

Sen. Joe Manchin says he would do “anything I can” to move “common sense” gun legislation forward, but still refused to eliminate the filibuster to get gun legislation through the Senate, per @jessicadean pic.twitter.com/lrnfOA4egQ

Put a gun reform bill on the floor right now. Tonight. While the nation is reeling from this horror. Make the Republicans filibuster it. Make Sinema and Manchin vote down filibuster reform. Don’t let them hide from the agony their obstruction condemns Americans to suffer.

Still, Axios listed some reasons why this Hail Mary pass could be more successful:

Most recently, 59% of registered voters said it's important for lawmakers to pass stricter gun legislation, according to a Morning Consult/Politico poll taken just days before Tuesday's shooting.

2. The National Rifle Association is weakened.

In the 10 years since the Sandy Hook shooting, the NRA has been plagued by internal scandal and even filed for bankruptcy, contributing to its waning political influence.

Make no mistake, the gun lobby still has a firm grip on the Republican Party — something Schumer lambasted GOP members over this morning — but their power isn't the same as it once was.

Lawmakers and those on Capitol Hill were visibly emotional on Wednesday when discussing the shooting.

All shootings are horrific, senseless tragedies, but there's something about the massacre of helpless 9- and 10-year-old children that makes the issue feel even more personal — and urgent.

The tragedy at Robb Elementary School is the worst school shooting since the Sandy Hook massacre 10 years ago, which spurred a newfound fervor for Congress to act. While those efforts ultimately failed, the parallels are not lost on members.

4. It happened in Republicans' backyard.

Some Democrats are hoping Sen. John Cornyn (R-Texas) will be a leader on this issue — and potentially even the point person for bipartisan talks — given the shooting happened in his home state.

Cornyn, an influential member of leadership who will likely run to replace Mitch McConnell as GOP leader one day, has shown compassion and willingness to work with Democrats on similar issues before.

"He's from Texas. A [former state district] judge. Has been involved in the background check, in trying to make the system work better," Sen. Tim Kaine (D-Va.) told reporters.

"He would be enormously influential if he were to point the way toward a solution," Kaine added.

Cornyn flew to Uvalde on Wednesday morning, along with Sen. Ted Cruz (R-Texas).

Sen. Chris Murphy (D-Conn.) spoke with both Susan Collins (R-Maine), who is interested in "red flag" laws, and retiring Sen. Pat Toomey (R-Pa.), who has been at the center of a bipartisan effort with Sen. Joe Manchin (D-W.Va.) to expand background checks.

Sen. Kyrsten Sinema (D-Ariz.), who took the rare step of addressing reporters in the Capitol on Wednesday, said she plans to renew negotiations with her colleagues in both parties.

Yes, we all forget that in the aftermath of the Parkland shooting in Florida, Rick Scott, who was governor at the time, passed a new law banning the sale of long guns to those under the age of 21. Expanding background checks is the first step toward a gun registry. After that, it’s confiscation time. Red flag bills sound great on paper but the temptation for authorities to overreach and trample constitutional rights is also high. In theory, the Democrats are close to 60 votes if the package is not too insane. What if Cornyn joins this chorus? It could provide a lot of political cover for those on the fence. It’s not a good situation. The ball can reach the endzone but can a wideout on the Dems’ side catch it for a walk-off touchdown? We’ll see. I’ll bet heavily that the progressive wing will make this package just a tad too extreme for the other alleged ‘maybes’ here to support. Also, do they need to be reminded that this is an election year? You don’t lift a finger to help Joe Biden or the Democrats—ever.

Nope. No. The trust required for that doesn’t exist.

We just watched governments of the developed world arrest and beat the shit out of their citizens over COVID edicts that were never passed by the legislative process.