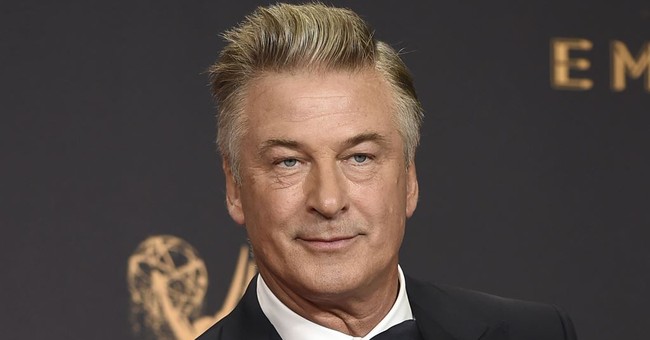 So, Alec Baldwin killed a woman on the set of his new movie, Rust. It was an accident. He thought the prop gun was safe. They told him it was safe. He didn’t check for himself and now we have a fatality. The production seemed to be going off the rails prior to this deadly incident, however. The original camera crew quit on the day of the accident. Being a western movie, Baldwin was practicing a stunt with the prop gun. A warrant from local authorities to investigate the incident says that an assistant director gave the firearm to Baldwin and assured him it was a “cold gun.” Always treat a firearm as if it’s loaded and never take someone else’s word regarding whether it’s safe or not. Baldwin failed in that regard. This was an all-around breakdown in safety protocol. Yet, we have this clown who thinks someone put a live round in the gun Baldwin fired. Twitchy had it first, but behold idiocy at its purest form:

Might the prop gun have been secretly loaded with real bullets by a Trump supporter, to punish Alec Baldwin for his Trump parodies? Should be a line of inquiry. https://t.co/lmfBWEbpmS

Why is it only MAGA-types that vehemently dismiss this as one of the possible causes? Too close to the bone?
Btw, I do hope it was just an accident, but it's America after all.

I mean, it’s liberals on Twitter. What did you expect? It’s America, MAGA, and…they must have framed Baldwin. And people think Alex Jones is the only crazy person out there. Some folks really do have too much time on their hands.

Point and laugh but walk away.  You all know this was done to get a rise out of us. Just move on—it’s not worth it.

But it takes some serious insanity to thread Trump into an accidental shooting death on a movie set.