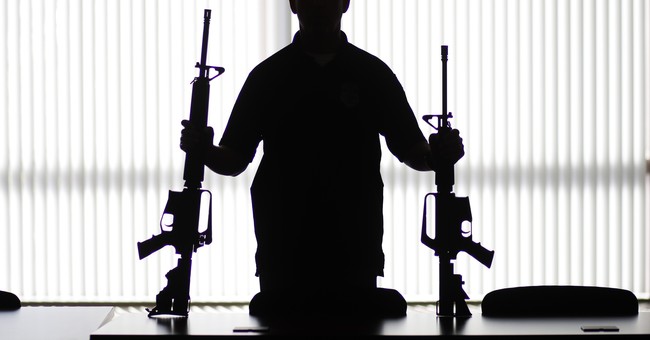 Stephen Gutowski of The Reload has been covering the Bureau of Alcohol, Tobacco, Firearms, and Explosives’ attempt to ban pistol braces. There’s no wiggle room. No grandfather clause. They’re trying to make them illegal, thus turning millions of Americans into felons for exercising their constitutional right to own firearms. Some 10-40 million Americans have firearms with these stabilizing pistol braces. It’s a backdoor ban. Biden doesn’t have the legislative majorities to pass what he wants to pass, so his people are looking at the existing regulations, tweaking them, and they found a big one here. This new ATF regulation is potentially the largest gun registration and confiscation scheme in American history.

Notice of the rule change has garnered over 30,000 comments in less than a week. Gutowski sifted through some of the good ones while noticing that the anti-gun left seems a bit lackadaisical about this move. You’d think they get their people mobilized. They haven’t. Nothing. It’s been dead silence. It’s not formal legislation, but it’s a test run for what they want to do with firearms in America. Here is what The Reload found:

In only five days, the rule change has received nearly 37,000 comments. That’s tens of thousands more comments than most proposals ever get and the two other proposals in the Federal Register’s “popular documents” section have just 143 and 8 comments respectively. The comments on the brace ban were also overwhelmingly negative with people accusing the administration of overstepping its authority and putting millions of Americans in legal jeopardy. The Reload reviewed dozens of comments and couldn’t find any in support of the rule change.

“This is the most arbitrary set of rules I’ve ever heard of,” said Jack Ort, “and you’ll just make millions of normal Americans into felons despite a complete lack of evidence that these braces are a problem.”

The backlash could jeopardize the proposal if it grows big enough. The Trump Administration withdrew a similar proposal in 2020 after an outcry from gun makers and gun owners. The Obama Administration pulled a proposal to ban a kind of ammunition commonly used in AR-15s after it received more than 300,000 public comments opposing it.

“The ATF’s attempt to provide clarity around what does and does not constitute a pistol brace is vague,” he said. “Using words like ‘intent’ (which is near impossible to prove in a court of law) in the points scoring system essentially renders it unenforceable.”

Others accused the agency of trying to legislate instead of interpreting existing law. Peter Fittante said the ATF is “trying to make laws by rule making” and bypassing Congress. An anonymous commenter took it a step further.

“The change of this law, which has precedent established, without legislation or judicial oversight is not only unconstitutional, but abjectly immoral,” the person said.

Disabled gun owners also argued the braces, which were designed to help the disabled shoot certain guns more easily, were vital to them.

“The newly proposed arbitrary and confusing rules on braces directly affects me and tens of thousands of other disabled Americans,” James Miller said. “Because of a combination of spinal stenosis and lupus, I have trouble holding a full sized rifle. Using an arm brace on what is termed a pistol but is the exact same firearm as one with a full sized stock makes it possible for me to continue to exercise my Constitutionally protected right to hunt and compete in shooting sports.”

The ATF wasn't able to answer all of my questions about the pistol brace ban and suggested I submit them as a public comment. If you want to read my full comment, you can get a Reload membership and check it out here: https://t.co/J8mrKmKjAC

You already know this, folks. The rule change does nothing to enhance safety. It has nothing to do with law and order. It’s a gun grab test. There is no benefit to this rule change other than the government taking another spin in trampling civil rights. Gutowski did ask the ATF about their rule change. They couldn’t really answer them and told him to place them in the comments section. That’s how you know this rule is trash.