With Crime Spiking, New York's Next Mayor Wants to Pollute the Well Even More On One Key Issue 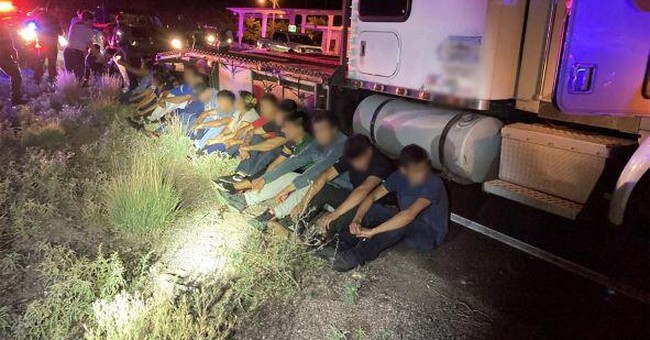 It’s been such a frenetic year that we’ve forgotten that New York City is having its mayoral race this year. It’s full of left-wingers. The Republican candidate, whoever that is, has no chance, so we can watch as the Big Apple descends further into mayhem. Mayor Bill de Blasio is term-limited, and he could leave a massive crime spike as his going-away present to his successor. The city is reverting to the violent days of the 1980s. He’s hamstrung the police. Rioting engulfed the city last summer, which saw leftist mobs take over the city. It was mayhem. And what do these Democrats want to do now? Well, make the city more of a sanctuary for illegal aliens (via NY Post):

Every single one of the eight Democrats running for mayor vowed to protect illegal immigrants from deportation, solidifying the Big Apple’s often infamous status as a “sanctuary city.”

The mayoral wannabes doubled down on current Mayor de Blasio’s approach of barring local authorities from reporting the immigration status of residents to federal authorities during their second televised debate on WABC-TV Channel 7 Wednesday.

“We have to be a true sanctuary city. We have to live up to our values, which means making investments in our families regardless of documentation,” said former Sanitation Commissioner Kathryn Garcia, who recently moved into the top tier of candidates.

Garcia said she worked to provide free food to needy New Yorkers during the coronavirus pandemic, regardless of their immigration status.

Again, this is liberal New York. And it doesn’t shock me that the liberal white woman is gung-ho about this position either. The thing is do Democrats know that Hispanics really aren’t that liberal on immigration. The Democratic base has become so insane over this issue that scores of Latinos fled the Democratic Party in 2020, especially when they peddled the ‘defund the police’ war cry. It’s why liberal data scientists, like David Shor, do not want Democrats to focus heavily on this issue. They’re too out of step with most voters on immigration and with Democrats now virtually be a pro-open border party, expect more defections from key Democratic-supporting voter blocs. For New York City residents, well, the worst could be on the horizon if whoever wins decided to truly allow more illegals to take refuge, and you know some bad hombres will be in that bunch. Why? Because Democrats don’t want to deport anyone anymore it would seem.