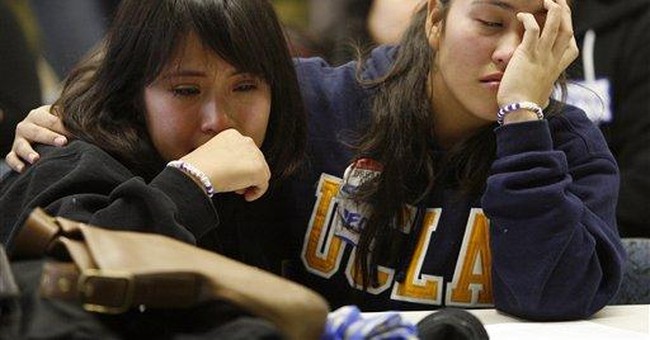 It’s not the biggest legal win, but I’ll take it. Those who entered the country illegally and gained temporary protected status cannot get green cards. There must be a line on this issue where the Left is trying to erase them concerning illegal aliens. They want these people to flood the border. The political aim is obvious and long-term. It’s how Democrats have increased their power on the Hill, especially in the House. It’s why they were so against having a citizenship question on the 2020 census. This SCOTUS ruling wasn’t even close either. It was a unanimous decision. There is a bill in the House that seeks to tweak the law, which was cited in the ruling—but it’s likely to meet legislative death in the Senate (via Associated Press):

A unanimous Supreme Court ruled Monday that thousands of people living in the U.S. for humanitarian reasons are ineligible to apply to become permanent residents.

Justice Elena Kagan wrote for the court that federal immigration law prohibits people who entered the country illegally and now have Temporary Protected Status from seeking “green cards” to remain in the country permanently.

The designation applies to people who come from countries ravaged by war or disaster. It protects them from deportation and allows them to work legally. There are 400,000 people from 12 countries with TPS status.

The outcome in a case involving a couple from El Salvador who have been in the U.S. since the 1990s turned on whether people who entered the country illegally and were given humanitarian protections were ever “admitted” into the United States under immigration law.

President Joe Biden has said he supports the change in the law. But his administration, like the Trump administration, argued that current immigration law doesn’t permit people who entered the country illegally to apply for permanent residency.

On the other side were immigrant groups that argued many people who came to the U.S. for humanitarian reasons have lived in the country for many years, given birth to American citizens and put down roots in the U.S.

Immigration will be a top issue if this border fiasco isn’t resolved. With Joe Biden taking naps and simply not caring about it, I doubt they will do the right thing. We’re talking about Democrats here. And no, just because these people are Latino doesn’t mean other Hispanic Americans support them by default. We saw this in 2020. Hispanics left the Democratic Party in droves due to the ‘defund the police’ antics, but also the lawless, pro-open border sprint the Left has decided to execute. Hispanics, much to the dismay of white liberals who love flawed race-based narratives when it comes to voting, are simply not that liberal on immigration and never have been.