Pop the Champagne: The Democrats’ Plan to Distract from the Biden Admin’s Crises Crashes and Burns 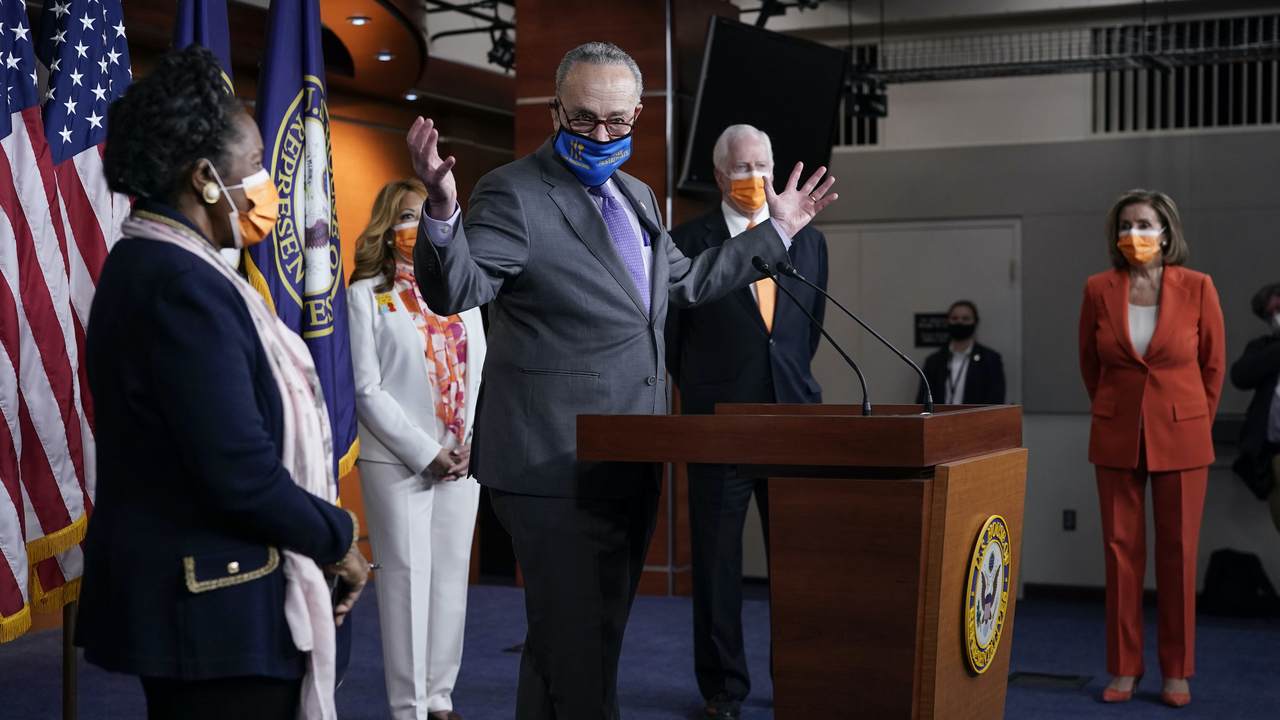 Put the head on the pike. The Democrats' January 6th commission to supposedly investigate the Capitol Hill riot is dead. Senate Republicans successfully stopped this naked partisan attempt to attack Donald Trump and provide cover for the Biden White House. They're sucking right now. They're dealing with a bad jobs report, rising inflation, a war brewing in Gaza, and a border crisis that's being ignored. It's crisis after crisis, the most recent being the Colonial Pipeline hack that shut down fuel supply to the eastern United States. There were gas lines as some stations ran out of fuel. It was a throwback to the days of Jimmy Carter. With the 2022 midterms critical, the Democrats need a distraction. This was it—and we killed it. Yet, we still have traitors among us.

These 6 GOP Senators voted in support of forming a January 6th Commission:

These are the GOP Senate traitors (no surprise) who voted with Dems to classify 75 million conservative Americans as “MuH InNSUhweKsHUnIsts:”

It's sad that Sen. Bill Cassidy joined this rat ship, but here we are. This isn't about principles or doing the right thing, folks. Not in this scenario. This is a wartime situation, and we have some clowns on our side of the aisle who think if we side with Democrats, we'll be rewarded. We won't. We never will. CNN, MSNBC, Democrats, and their operatives will still come for them. They may be put in the back of the line regarding who is to be ripped apart, but there is no safe zone here.

The base doesn't want this at all. They want a united Republican Party front against the Democrats' games, and we can't have that with Sasse, Romney, Collins, Murkowski, and others trying to make nice with the MSNBC crowd. They hate you, folks. There seems to be no amount of dynamite that you can set off in these people's ears for them to get that message. You're only increasing your chances of primary challenges and giving the Democrats an in-kind contribution to their 2022 campaign since it feeds the narrative that there's a GOP "civil war." The liberal media eats it up. These moral victories don't cut it anymore. The 2020 election is over. The Capitol riot wasn't Pearl Harbor. This wasn't the 9/11 terror attacks. Anyone who thinks otherwise is mentally ill or on drugs.

This was all about the political class being scared that the people can touch them when they're being called out on their decades-long grift of screwing taxpayers.

This wasn't the firing on Fort Sumter either. It's just soft, weak, and entitled political class actors drumming up something that never happened. This wasn't armed insurrection; no one was armed. The mob didn't kill cops either, another liberal narrative that was blown apart recently.

No one cares about this anymore. CNN and MSNBC caring a lot about it is a tell-tale sign that no one gives a s***. There are more pressing issues to address. Inflation eating away at working families' grocery bills is much more pressing for millions of Americans. It's just another example of the DC elite and the liberal media not knowing what the hell is going on outside the beltway.

For now, pop some champagne and celebrate killing the January 6 commission proposal. It's now the first GOP filibuster victory over the Biden presidency. It's a worthy trophy.