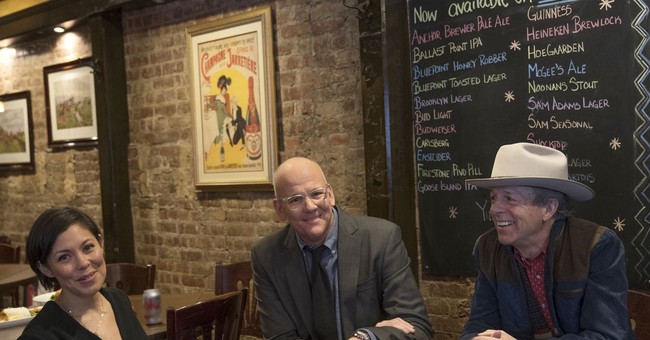 You can always count on Newsbusters to catch the liberal media's bad behavior. They have every news broadcast recorded since its founding in 1987. They'll get you. So, here we have the Nazi theater back on display. It's in the liberal echo chamber because Rep. Marjorie Taylor Greene (R-GA) made an unfortunate Holocaust comparison as she ripped the House's mask mandate. It helps no one. It's not accurate, but we've been called Nazis for years for merely not voting Democratic, so bring it.

I don't care that the liberal media hates me or tens of millions of other people who didn't vote for Joe Biden last year. We get it, guys. You hate us, and calling us Nazis isn't new. Though the rule for doing so is as transparent as ever. You already know them. If the GOP is in charge, it's Nazi-land, and only liberals can make that comparison. Take MSNBC's Jon Heilemann who commented about MTG's remarks. He said that only "hate" runs through the GOP, but he also made similar over-the-top Holocaust comparisons when it came to the "kids in cages" tantrum the Left threw over Trump's immigration policy (via Newsbusters) [emphasis mine]:

Appearing as a guest on Monday's Deadline: White House, MSNBC national affairs analyst John Heilemann threw stones in the MSNBC glass house as he hypocritically slammed the GOP over Georgia Congresswoman Marjorie Taylor Greene making a kooky comparison between wearing masks during the pandemic and the Holocaust, and House Republican Leader Kevin McCarthy had yet to condemn her. (He called her statements "appalling" on Tuesday morning.)

Picking up on the hyperbolic comments made by one of more than 200 House Republicans, Heilemann declared that the Republican party is nothing but a "big, ugly hate machine," and that "the only thing that runs the GOP is hate."

But, a few years ago, as he appeared on MSNBC's Morning Joe show to discuss the Donald Trump administration separating children from illegal immigrant parents, Heilemann passively went along with host Joe Scarborough when he likened the situation to Jewish children being taken to gas chambers in Nazi death camps.

Also, Obama built those cages, not Trump. Second, the Left has had hate running through its veins as well. Remember, these people have a view where holding a differing opinion is violence. These are the gatekeepers on hate in America. Who burned down half the country last year? Who rioted after the 2016 election? It wasn’t us. It was you people.

Recommended
In Class Action Settlement, Education Department Cancels More Than $6 Billion in Student Loans
Leah Barkoukis
Share this on Facebook
Tweet
Did a Co-Host for 'The View' Really Use Her Disabled Family Members to Defend Upholding Roe?
Matt Vespa
Dobbs Decision is a Crucial Reminder of How Much the 2016 Election Mattered
Rebecca Downs
Joe Biden Signs Gun Legislation Bill into Law
Sarah Arnold
Jean-Pierre Insists Biden is Not to Blame for Inflation
Sarah Arnold