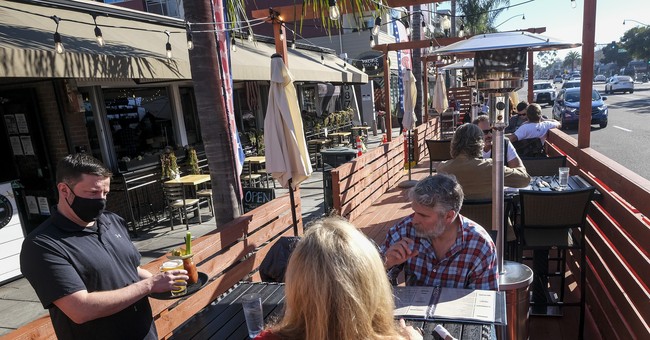 Whoever wrote this is on bath salts. Is this for real? I mean I know media bubbles are dense, but this is something else. This is not even grounded in reality, folks Apparently, the COVID lockdowns didn’t trash the economy and it saved lives. Both are demonstrably false. That’s the hottest of hot takes regarding the virus. Dare I say, it may be worse than what Anthony Fauci has said about the vaccine and mask-wearing. It could rival that, maybe. The fact is that millions of jobs were lost, mental health issues spiked, our children weren’t learning, people did die, and the lockdowns didn’t do anything to stem that. It’s an airborne virus. It was going to spread no matter what and what we’ve learned is that staying locked up inside was probably the worst thing for people to do (via LA Times):

The pandemic may be ebbing, at least in the U.S. and some other well-vaccinated countries, but debate over the government and public response to the crisis is destined to live on.

That’s certainly the case with government-ordered lockdowns, the most onerous and controversial policies imposed to keep people safe from COVID-19.

Fortunately, they’re also among the most widely studied policies, and research about their effectiveness is beginning to flow to economic and scientific journals.

The UCLA researchers, meanwhile, estimated that reductions in movement resulting from stay-at-home orders reduced transmission in the hardest-hit communities, such as Seattle, New York, San Francisco and Los Angeles by 50% or more.

All these findings point to savings of millions of lives globally. None of it is especially surprising. Compliance with stay-at-home orders meant reducing one’s exposure to strangers whose viral conditions were unknown. That was especially crucial in locations where COVID was raging and therefore the prospect of coming into close contact with an infected individual was relatively high.

That leaves the economic question. Critics of lockdowns typically advocate balancing the public health gains from stay-at-home orders against the economic losses from keeping bars, restaurants, hair salons, and other small businesses closed. They argue, as has DeSantis and other red-state governors such as Greg Abbott of Texas, that concerns about the latter should take primacy over the benefits of the former.

The problem with this argument is that there’s very little evidence that lockdowns themselves damaged local economies more than individual behavior that would have happened anyway, lockdowns or not. Nor is there much evidence that lifting lockdowns produced a faster recovery.

Okay, I take that back—did Fauci ghostwrite this garbage? There was praise for California peppered into this piece. I guess we just decided to leave out that the Golden State had one million cases in six weeks during the holidays—and that’s in a state with a near-universal mask compliance rate. Michigan still has heavy lockdown measures, and they had a spike whereas Texas has been reopened for two months, with no mask mandate, and no COVID spike. Hospitalizations and infection rates are also at their lowest in months in the Lone Star State. There was no fourth wave. There was no impending doom. Texas and Florida exposed the fear porn ruse, which is why the CDC rushed to tweak their mask guidelines to something that we’ve known for weeks. The fully vaccinated can take their masks off—and no one who isn’t mentally ill should be wearing a mask outside.

Blue states were some of the worst-hit by COVID. This is gaslighting at its most explicit—and it’s also a very poor attempt at that.