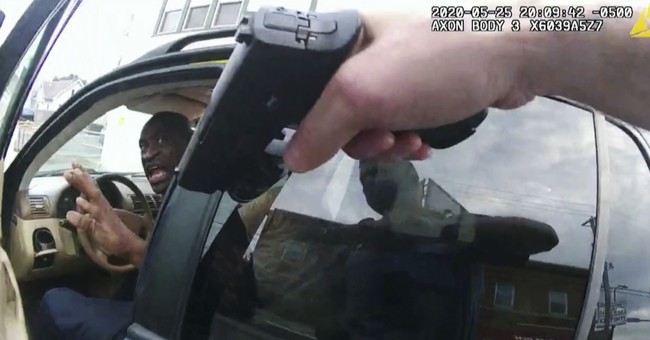 Derek Chauvin and George Floyd sparked a summer of unrest in 2020. Chauvin was a former Minneapolis police officer at the center of the infamous video that led to months of mayhem, unrest, looting, arson, and vandalism. Chauvin was charged with second-degree murder, third-degree murder, and second-degree manslaughter. He was found guilty on all counts today. Yet was he overcharged. Should the trial have been moved to a different venue? We had elected officials including the president of the United States weighing in on the matter, something that was verboten in the past. Businesses were boarding up in anticipation of whatever may come. Did the former officer get a fair trial?

Derek Chauvin's case is now with the jury for deliberations. Jurors 96 and 118 were dismissed as alternates. Here are bios for all of them: https://t.co/tYr79AR7tx

Abby Simons has secretly replaced news with trying to get the jurors in Derek Chauvin's trial murdered.
Let's see if anyone notices. https://t.co/ehAfvilyp3

I will track down and publish the information of any journalist who doxxes one of those jurors. That’s a promise.

It’s hard when the media frenzy was outright obnoxious. It’s also hard when the local media seeks out the jurors as if they’re on an enemies list. There will be appeals. Even the judge alluded that Chauvin might have solid grounds for that given the circus that erupted over Rep. Maxine Waters’ (D-CA) remarks about the pending verdict.

On the Five, co-host Greg Gutfeld cut through the noise to aptly note that this was done to appease the mob. The legions of left-wing activists, ANTIFA thugs, and other BLM agitators threatened to burn the city to the ground if they didn’t get the verdict they want. Let’s stop acting any differently.

.@greggutfeld on the Chauvin verdict:

Sentencing for Chauvin will be in eight weeks.