Jen Psaki Dodges Questions About Marijuana Use, Kamala Harris, and the Firings that Took Place 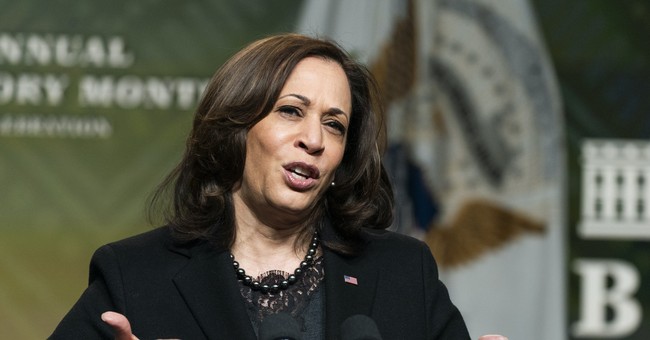 The Daily Beast had a good phrase to describe the quiet purging of White House staffers: “reefer sadness.” Yeah, past marijuana use is a big no-no in the Biden White House apparently, as scores of staffers were fired last March. This comes after these staffers were told during the transition period that past use would be “overlooked.” This was all part of the background check process. And yet, Vice President Kamala Harris openly admitted to smoking pot in a cringeworthy interview with New York’s Breakfast Crew during the 2020 campaign. It wasn’t painful due to her past pot use—it was the reasoning behind it. Think Hillary Clinton telling black radio hosts about her love of hot sauce and how she carries a bottle in her purse, which did happen in 2016. That sort of naked pandering. Also, her timeline of the story didn’t make sense.

Kamala Harris’ bio says she graduated from undergrad in 1986 and law school in 1989.

Tupac and Snoop didn’t release their first albums until 1991 and 1993, respectively. https://t.co/3WBV9qq5MK

How do you do, fellow kids https://t.co/ApFubCX8EF

This coming after her past records as a tough district attorney was coming to light where she, ironically, was quite severe in tossing pot smokers into jail. Should she be…dismissed now?

Dozens of young White House staffers have been suspended, asked to resign, or placed in a remote work program due to past marijuana use, frustrating staffers who were pleased by initial indications from the Biden administration that recreational use of cannabis would not be immediately disqualifying for would-be personnel, according to three people familiar with the situation.

The policy has even affected staffers whose marijuana use was exclusive to one of the 14 states—and the District of Columbia—where cannabis is legal. Sources familiar with the matter also said a number of young staffers were either put on probation or canned because they revealed past marijuana use in an official document they filled out as part of the lengthy background check for a position in the Biden White House.

In some cases, staffers were informally told by transition higher-ups ahead of formally joining the administration that they would likely overlook some past marijuana use, only to be asked later to resign.

“There were one-on-one calls with individual affected staffers—rather, ex-staffers,” one former White House staffer affected by the policy told The Daily Beast. “I was asked to resign.”

“Nothing was ever explained” on the calls, they added, which were led by White House Director of Management and Administration Anne Filipic. “The policies were never explained, the threshold for what was excusable and what was inexcusable was never explained.”

And now, Circle Back Psaki couldn’t explain why these staffers were fired when Harris has said she smoked pot as well. I will say that instead of running away, Psaki did take a few of these pitches from the press corps when asked back in March (via NY Post):

White House press secretary Jen Psaki on Wednesday declined to say why the White House fired staff for past marijuana use when Vice President Kamala Harris has talked openly about the fact that she too used to get high — referring instead to vague security service standards before growing visibly annoyed.

Psaki said the firings were an “unfortunate conclusion” at her daily press briefing Wednesday, responding to a question from The Post.

But she declined to say why President Biden hasn’t declared that staff can keep their jobs — despite pot use — given Harris’ claim to have formerly used marijuana and the VP’s statement in 2019 that “it gives a lot of people joy, we need more joy in the world.”

Psaki insisted that the Biden administration relaxed rules that would otherwise automatically disqualify staff — although at least one fired staffer told the Daily Beast the current policy is unclear.

She bristled at follow-up questions about why the president doesn’t override security office decisions about staff in light of Harris’ own past pot use and about the number of staff members who were disciplined but not fired.

“I think if marijuana was federally legal, that might be a different circumstance. But I don’t think I have any more for this on you — on this for you,” Psaki said.

So, even on small promises, this administration is a failure. They promised to reopen schools if elected. That was a lie. The infrastructure pitch Biden gave at Pittsburgh yesterday was a lie. It’s the Green New Deal in disguise that will continue to screw over union workers. Joe already did that by nixing the border wall and Keystone VL pipeline projects. We all know the ‘no one making under $400,000 a year will see a tax increase’ line is a lie. Every COVID action item has been delayed or nixed. Every benchmark he’s claimed as his own was initially a Trump initiative.

For Harris, laughing at parents struggling with their kids' mental issues over the COVID lockdowns and the border crisis is enough to give her a pink slip, but that's just me.