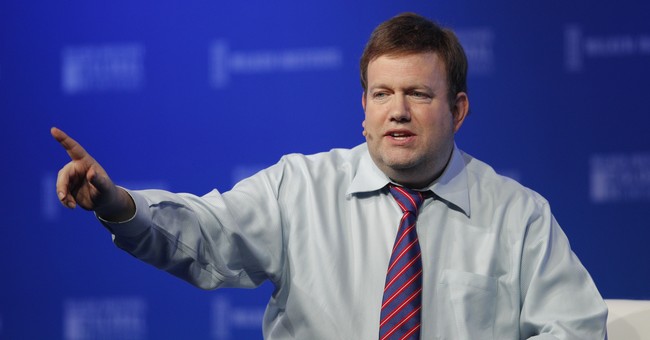 It’s kaput. Joe Biden may very well be anointed the next president of the United States, which makes me want to vomit, but it won’t be by the margins these pollsters doled out for months this year. Some of these clowns had Biden with double-digit leads and an Electoral College landslide over President Donald Trump. Not the case. They said the Democrats would gain House seats. Not the case. And the GOP majority in the Senate might be endangered. Not the case.

We’re down to the wire in Nevada, Arizona, Pennsylvania, and Georgia. There’s definitely some funny business going on in Michigan and Wisconsin, but this was a very close election if Democrats are being honest; I’ll leave that up to you all to debate. I frankly don’t trust any of them, but I digress.

Several minutes later Jones blasted pollsters for giving a false sense of things:
"These polls are not to be trusted. There's something wrong with the polling industry because the reason people right now, I think, are hurt is because we got a little bit inflated with these polls" pic.twitter.com/avWGh0pBo1

Frank Luntz warned that his profession would be finished if they got their predictions wrong, and those remarks turned prophetic. On Wednesday, he said the 2020 cycle was devastating to his profession. Luntz is known for being a GOP pollster, but this sentiment carried over with CNN’s Van Jones who said that something is very wrong with the polling industry. This cycle showed it again, and Jones added that we can no longer trust them, this election was not a repudiation of Donald Trump. There was no blue wave. At the state level, Democrats were bloodied all over; they failed to flip key state legislatures. That means the GOP remains in the driver seat for a huge share of the congressional maps. Luntz noted once again we had epic malpractice, noting you really have to go out of your way to get some of the figures we saw for Joe Biden (via CNS News):

GOP pollster Frank Luntz told Fox News on Wednesday that the polls were “so wrong” in their predictions about the election that some are calling for an investigation of pollsters.

“I know, and look at it now. There are people who are calling for investigations of the pollsters who had Joe Biden winning by 10 points, 12 points. The biggest one of all is The Washington Post poll that had – as we’re watching Wisconsin a one-point lead, The Washington Post poll just a few days ago had Joe Biden winning by 17 points. That's not a mistake. That's not an error. That's polling malpractice,” Luntz said.

“And you have to go to tremendous lengths to be able to get something that wrong so close to the election, and there’s significant review by all the media outlets of the work that they were doing. The fact is the published polling was so wrong, and not just for presidents but for House races, for the Senate races, that the American people really had no idea that this was going to happen, and you know what? Actually Donald Trump was correct,” he said.

“Donald Trump's pollsters were correct that this was much closer than anybody realized, and we are going through the ramifications of that,” Luntz added.

No matter which candidate wins in the end, it certainly looks like a huge loss for much of the polling profession's credibility

With Axios, he was blunter, saying the era of political polling could be finished (via the Hill):

Frank Luntz declared that “the polling profession is done” after this year's presidential election, in which a number of polls appeared to show a much brighter picture in various states for Democratic presidential nominee Joe Biden.

“The political polling profession is done,” Luntz told Axios early Wednesday morning. “It is devastating for my industry.”

Beyond the presidential election, which remains close on Wednesday, many pollsters were projecting that Democrats would gain House seats and the Senate majority.

So, the bad news is that Joe Biden might win this election, in which we’re all going to be subjected to sentence fragments and lapses in memory for the next four years, along with potential economic disaster and foreign policy blunders. But the good news is this was no blue wave. The Democratic majority in the House has been chipped away immensely, the GOP looks like it’ll hold the Senate, and the state legislature races were a killing field for Democrats. There’s a nice firewall to stop the most insane parts of the Democrats’ agenda. And that will not make the very vocal and unhinged progressive wing very happy under Joey Biden.