Based on These FBI Background Check Numbers, Is This the Best Year Ever for Gun Sales? 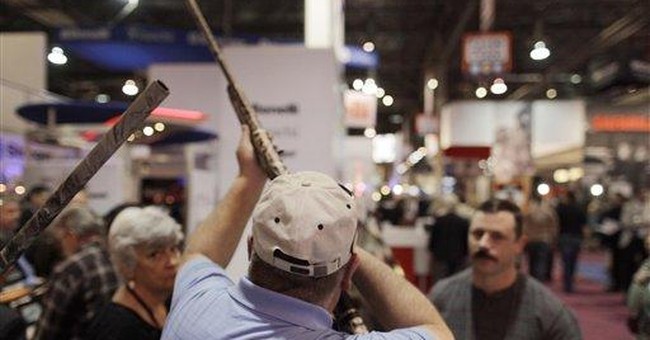 Well, are we shocked by these figures? We have 100+ days of leftist rioting, in which cops were assaulted, fired upon, and run over. Buildings were destroyed, small businesses torched, and Democratic mayors were overall endorsing this mayhem. They did nothing. It later became a massive problem, as Democrats found out that you cannot appease the left-wing mob. The rioting began to impact the polling, so they re-weaponize it during the election and tried to blame Trump. American voters aren’t that stupid. They saw what Democrats were doing by allowing their cities to burn, refusing federal help, and then blaming Trump for…being president. Nothing was more comical than the mayor of Portland denouncing the president reaching out only to have the mob try and burn down his apartment complex days later.

As you’d expect, people are flocking to gun stores. And by flocking, I mean—folks are buying stores out of everything. All the guns and ammo are being gobbled up by folks fearful of their security. As of now, 2020 could be the biggest year for gun sales ever—and this year still isn’t over (via Washington Examiner):

Even as the availability of guns and ammunition dry up amid a coronavirus and presidential-election fired shopping frenzy, there were more FBI background checks last month than any September ever.

While the number is not a one-for-one indication of gun sales, the NICS number is used to gauge sales of pistols, rifles, and shotguns.

“Our sales exceeded all of last year’s midway through September, so I can confidently say we have moved into a new era in the gun business,” said Justin Anderson, the marketing director ofHyatt Guns in Charlotte, N.C.,one of the nation’s largest gun stores.

We saw this at the outset of the COVID lockdowns. Even in deep-blue states, like New York, people were lining up at local gun stores. So far, 2020 saw 10 million Americans become first-time gun owners. That number has surely increased.