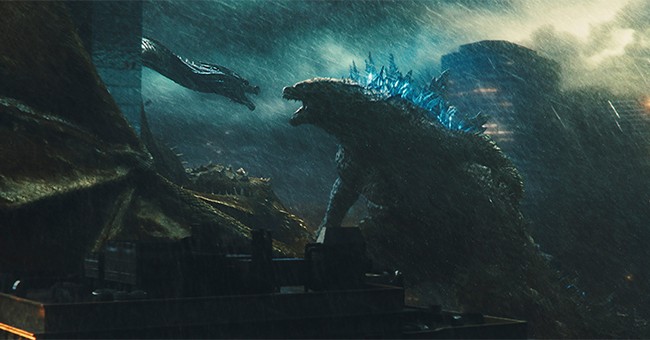 We all know the Left is uncomfortable with the atomic bombings of Hiroshima and Nagasaki, which just had their 75th anniversary this past week. In fact, I’m shocked there weren’t hours long programming about how this was avoidable, how only the ‘brown people’ got nuked, and how this was an example of brutal and racist American imperialism. Whatever ‘woke’ historically revisionist—and illiterate—interpretation of this key event that brought about the end of World War II was mostly absent. Were people burnt out or did these folks figure out that this was the best option in ending the conflict quickly, which is the only merciful thing about war: a swift end.

No clue. Once again, the Asians are left out of the insane quasi-purge the far-left has decided to engage in following the death of George Floyd in Minneapolis back in May. Confederate statues were targeted, cooking sites said they would comb through all recipes to ensure no cultural appropriation would happen, NASCAR banned Confederate flags, fruit snacks got 'woke', and a host of other brand names said they were changing their image, like Aunt Jemima and Uncle Ben’s Rice. Everyone went hiding under the bed to avoid the leftist mob, which is still raging along pockets of the Left Coast. What do we get for the atomic bombings? Well, an essay about how Godzilla’s true meaning was whitewashed when it originally released in the 1950s.

Folks, I love Godzilla. I had all the movies, toys, and memorabilia growing up as a kid. Loved the destruction—all of it. And yes, Godzilla served as a metaphor for the atomic bombings, the nuclear age, etc., but all of that was “whitewashed” in the American released, which featured Raymond Burr as American reporter “Steve Martin” covering the string of unknown ship disappearances caused by the creature. The American release does omit the politics, with Burr being edited into the movie, with body doubles serving as the main characters he converses with to make it look like he was in the original production. It’s not a bad editing job, but the American release was always going to be different. In fact, most American releases of the Godzilla franchises were tweaked. Anyway, NBC News doled out one piece about how America diluted the original release (via NBC News):

When the monster Godzilla, or “Gojira,” appeared before Japanese movie audiences in 1954, many left the theaters in tears.

American audiences, however, had the opposite reaction, finding comedic value in what many interpreted as a cheesy monster movie.

“Most Americans think if you left the movie in tears, it was just because you laughed so hard,” William Tsutsui, author of “Godzilla on My Mind: Fifty Years of the King of Monsters,” told NBC Asian America.

In the original Japanese film, the creature was portrayed as a surviving dinosaur from the Jurassic Period, swimming around the South Pacific. Tsutsui describes the monster as “innocent as the kids on their playgrounds in Hiroshima.” After an American H-bomb test in the South Pacific, the creature became radiated, hurt and angry.

“The reality is just this sort of rage that comes from someone, essentially innocent, who is so victimized and scarred by this experience,” the scholar said.

For many Japanese viewers, seeing the movie was a cathartic, validating experience, the scholar said. People were able to witness Tokyo being destroyed once more while seeing radiation given the physical form of a monster. The ending, while bittersweet, is a hopeful one in which humanity triumphs over evil.

However, American audiences saw a different film when it was brought stateside as “Godzilla, King of the Monsters!” roughly two years later, Tsutsui said. The movie was heavily edited, placing the white actor Raymond Burr at the center of the adaptation. The scholar noted that an estimated 20 minutes of the original Japanese film, predominantly the politically charged portions, were cut out of the American version.

The dynamic of the U.S. wanting to deny its traumatic history in Japan, he said, persists.

“It still is the case that they cannot get their minds around the nuclear issue and American culpability in the atomic bombings in Hiroshima and Nagasaki,” Tsutsui noted of the more recent American adaptations.

Okay, well, we weren’t culpable in anything, pal. Japan bombed Pearl Harbor, they thought they could knock the U.S. out the strategic picture in the Pacific and paid dearly for their poor judgment. After Okinawa, it was quite clear the Japanese weren’t going to just surrender. New Kamikaze pilots were being trained, mass suicide attacks by civilians were expected, and Japan still had hundreds of thousands of troops ready to defend the home islands. The casualty rate on the Allied side alone soared close to 500,000. For Japan, it was into the millions of people. The bombings saved lives. Period.

Now, as for this ‘let’s look back at how bad America is’ narrative the ‘woke’ Left is engaging in on a near daily basis, this piece isn’t that bad. It’s not some revisionist nonsense like The New York Times’1619 Project. Of course, Godzilla represents the scars of that traumatic event for Japan. In the new American reboot of the franchise, Dr. Serizawa, played by Ken Watanabe, makes the points he original movie partially made regarding man creating its own monsters and means of destruction.

Godzilla is now a cultural icon. Isn’t that also worth value? That Americans like and are entertained by a Japanese creation? It’s the cultural exchange only made possible through free markets. Isn’t that how we also avoid future wars and conflicts with such exchanges? There’s value in that as well. Are we really going to make an issue because the 1956 released in America was a little botched? No.

Like the monster itself, which is impervious to all weapons, the creature seems to render ineffective the Left’s attempt at trying to slather it with political correctness. It’s a monster movie.

At the same time, as a side note, I’m still very disappointed that there wasn’t an uproar over the bombings, with nonsensical commentaries about how we were to blame for Pearl Harbor, but there’s always next year.