Yes, It Looks Like Judge in Flynn Case Is Trying To Keep This Fiasco Going Until Election Day 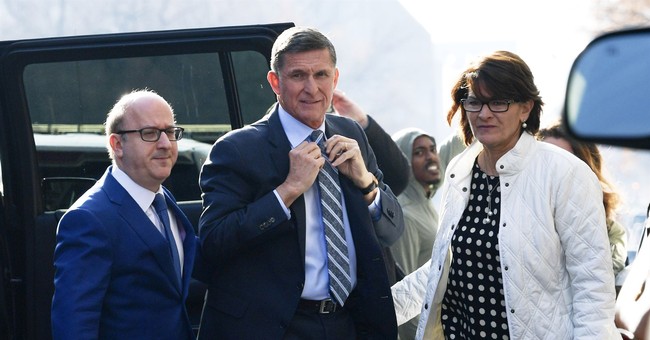 Yeah, remember when the New York Sun’seditorial board suggested that Judge Emmet Sullivan might be playing for time with the Michael Flynn case? There’s speculation that Sullivan wants to drag this out through the election cycle, with the goal of having a Democratic Department of Justice drop the motion to nix charges against the ex-Trump official. The default liberal reaction is that this is gross speculation, right?

“Where’s your tin foil hat?” Yes, yes because in liberal America, no judge can ever overreach, right? That’s the Flynn case. Both sides want to drop this circus act. The DOJ filed a motion to dismiss after a trove of documents showed that Michael Flynn, Trump’s former national security adviser, was the victim of an FBI perjury trap. The FBI had no collusion evidence against him. The FBI had zilch. And yet they still went ahead with their plan because James Comey was hell-bent on destroying him. The agents who interviewed him even said they didn’t think Flynn lied to them. The FBI/DOJ threatened him with financial ruin, which led to the “lying to the FBI” guilty plea, one that was politically motivated.

Both parties want this dropped, but Sullivan did three things instead. He’s not tossing the case, he’s opened the floodgates to every anti-Trump wingnut lawyer out there to file amicus briefs, and appointed a retired Judge, John Gleeson, to fight the DOJ motion and see if there could be perjury charges filed against Flynn for his guilty plea. Oh, and did I mention that the prosecutor resigned from this case? There is nothing left, but Sullivan is dragging this corpse for as long as he can. Gleeson’s law firm also represented the first Trump resister, Sally Yates, who was rightfully fired for refusing to defend the president’s executive order on immigration. Yates was also one of the people who threatened the incoming Trump administration about Flynn, warning them to drop him as national security adviser or else.

Now, Gleeson wants to get the ball rolling in this next chapter of the Flynn fiasco on…June 10.

Flynn amicus John Gleeson will file an initial brief by June 10. This will include:

"any additional factual development I may need before finalizing my argument in opposition" to the DOJ Motion to Dismiss.

"Factual development" - he may claim he needs to interview witnesses. pic.twitter.com/ebx8dgkjzl

Gleeson's firm was present with Yates during her testimony. pic.twitter.com/5LLrIAxnM9

Appointed by the judge on the case, Gleeson suggests June 10 to file his first brief, asking for time to consider "important and complex issues." @CourthouseNews pic.twitter.com/06lUzMCtkl

Sullivan has already called Flynn a “traitor.” No wonder why he’s double-down, even when there’s a mountain of evidence that can reach the summit of Everest showing prosecutorial misconduct and overreach. Even Gleeson’s former opinions show that this case is dead. In 2013, he wrote, in United States v. HSBC Bank USA,  "The government has near-absolute power . . . to extinguish a case that it has brought.”

Well, this seems rather fitting, no? Flynn did nothing wrong. He was railroaded by the Trump-deranged operatives at the DOJ, Obama’s DOJ. The dirty antics these clowns executed, including spying on the presidential campaign of the rival party, is a real scandal. It did happen. All of this stuff was supposed to be swept under the rug, as Clinton was supposed to win. She didn’t. And now the Trump administration is airing out all the dirty laundry. Yeah, I would panic too if I were a former Obama official. Until then, sadly, Flynn remains locked in legal purgatory.