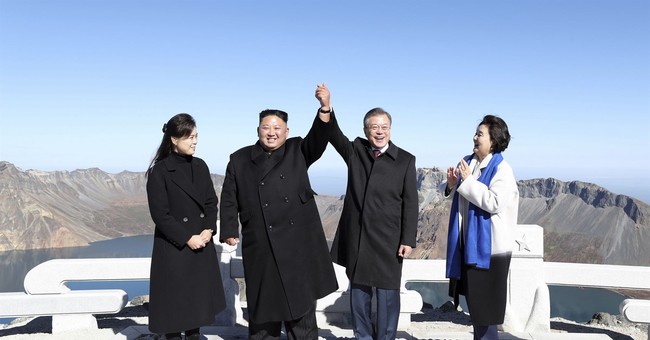 Well, it finally happened. North Korean dictator Kim Jong-un reportedly had heart surgery and suffered a severe complication that left him in a dire medical situation. He could also be dead. That’s what CNN and NBC News’ Katy Tur peddled out respectively. Granted, this is a closed society, so be cautious and after China totally botched a science experiment in one of their virology labs in Wuhan which led to the current COVID-19 pandemic—I’m not trusting their sources either. It led to some excellent memes and social media posts. There were also very serious discussions about who would take over. Kim’s children are very young. He has one daughter and two other children who we really don’t know about.

When KJU dies, what will the Washington Post call him in their obituary?

Kim Jong Un dying on 4/20 is the most Seth Rogan and James Franco shit EVER. pic.twitter.com/zqdPNgraNd

Tur dropped an atom bomb that Kim Jong-un was brain dead after he slipped into a coma. She later deleted the tweet out of an abundance of caution and for good reason because the South Korean government pretty much refuted the entire story, adding that there isn’t anything unusual occurring across the 38th Parallel. No movements—nothing.

NEW: Trump admin received information that Kim Jong Un had heart surgery last week and if he's alive, his health is poor, I'm told. KJU hasn't been seen at key events in recent days. It's unclear to US officials if he's dead or alive. (CNN 1st reported his condition's grave.)

I’ve deleted that last tweet out of an abundance of caution. Waiting on more info. Apologies.

Now, come tomorrow, we may find out more—but for now, it looks like CNN and NBC News, especially jumped the gun on this one. Look, even writers at the left-wing Nation knew to take this story with a grain of salt, but then we got the brain dead angle. Dear Lord.

WARNING: The mainstream press often gets North Korea completely wrong. @CNN is putting out alarming and unverified reports, apparently from US intelligence sources, that Kim Jong Un's life is in "grave danger" after surgery. Others report brain injury. Be wary. Don't RT wildly.

A South Korean source tells me Blue House is very much aware of the reports about Kim Jong Un's health status but cannot independently verify.

The source acknowledged that Kim's issues related to weight & smoking were well known but made clear they are waiting for more info.