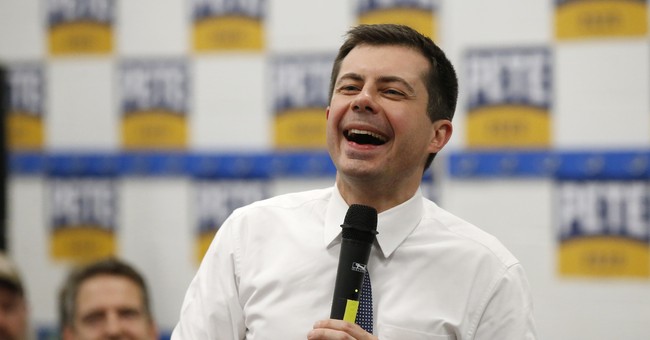 Okay, I know some things might fall through the crack when it comes to politics and the news, but how can you not know that former South Bend Mayor Pete Buttigieg is gay. I mean, the man is out and proud. When he announces there was a solid week of the gay history of Pete Buttigieg. Maybe this person doesn’t get her news on Twitter, but it certainly has been broadcasted. I bring this up because a Democratic caucus-goer didn’t know Mayor Pete was gay. She was a supporter of him up until the point the precinct captain said that he was married to a man. She then tried to ask for her ballot card back. She was appalled, noting that she didn’t want that in the White House. Precinct captain Nikki Heaver dealt with this voter. I would say that she has the patience of a saint (via The Hill):

In the two-minute clip of the interaction, the caucusgoer is heard asking, “Are you saying that he has a same-sex partner, Pete?”

She is told that yes, Buttigieg is married to a man. Heever tells the woman that it is “common knowledge” after the caucusgoer said she had never heard that before.

“Are you kidding? Then I don't want anybody like that in the White House. So can I have my card back?” the voter asks.

“I don't know, you signed it — we could go ask,” Heever responds. “The whole point of it though, he's a human being, right, just like you and me, and it shouldn't really matter.”

Look, I wish I can’t mock this person for being many, many months late to the party. How do you not know this if he’s your guy, or up until recently your guy? We’re the ones who are supposed to be ignorant, bigoted, and illiterate, remember? Yeah, Democrats also have some terrible people in their rank-and-file as well. No, they’re all terrible. Hey, I’m just going by their rules. The reaction from the woman standing next to Heever is priceless, though.

This woman will probably not be dragged by the social justice warrior crowd. One, they don't police their own. They don't attack their own. Second, the Iowa Caucus has devolved into a complete and total disaster due to technical issues, which is a more devastating narrative. These clowns worked for three years to get things ready for the caucuses and it's a total debacle. And these folks say trust us with your health care. Hard pass.