ICYMI: We’ve Been Warned Not to Mock People Who Use Gender Pronouns 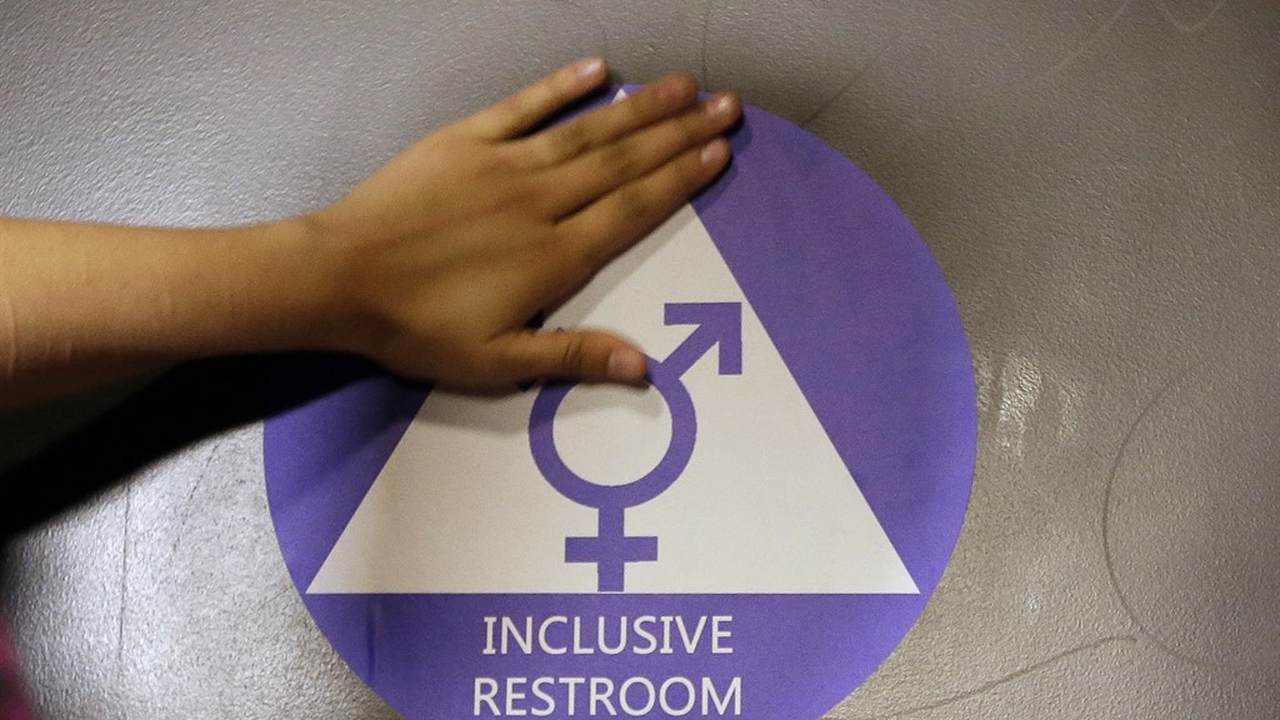 Well, the pronoun police were out in full force this Christmas season. First, across the pond, saying “Father Christmas” was seen as problematic because it wasn’t inclusive. In the UK, “Santa Claus” isn’t really used. It’s either Father Christmas or Saint Nicholas. So, those who are just looking to be offended, because some just want to leave sad, sad lives, voiced an outcry. Over here, we were told to stop mocking people who use messed up gender pronouns (via WaPo):

Earlier this fall, during an LGBTQ town hall on CNN, Sen. Kamala D. Harris said her pronouns were “she” and “her.”

“Mine too,” said host Chris Cuomo.

The backlash was instantaneous. By the end of the night, Cuomo had apologized on Twitter, noting his sorrow as “an ally of the LGBTQ community” — but still not managing to state his pronouns. And I wondered, not for the first time: Why can’t cisgender people be semi-normal about this?

In a society that frequently equates appearance with gender identity, it can be comforting for those who identify differently to push back against those assumptions, and it’s affirming to know that others are at least making an effort to do the same.

…there is no need to be cute or funny; don’t say your pronouns are “princess” and “in charge.” You may get a laugh, but is the cost — the alienation, discomfort or frustration of vulnerable people — worth it? A cisgender person who claims that their pronouns are “dance mom” and “brat” is suggesting that they are not interested in how fraught this matter can be for trans and non-binary people.

Taking pronouns seriously signals that you’ve thought about what trans and gender-nonconforming people face. That doesn’t automatically make you an ally, which requires much more work, and pronouns aren’t a magic key to unlocking someone’s gender: Plenty of non-binary people use “she/her” or “he/him” pronouns, for example, or they might not be ready to out themselves in mixed company. But it does mean you’re at least trying to demonstrate basic respect — just like calling someone by the correct name.

…If you’re a cis person who’s going to make a show of declaring your pronouns as a way of signaling your allyship, can I just ask you to please be chill about it? Feeling discomfort with new things, especially when they involve other people’s lived experiences, is part of what it means to be a compassionate adult human.

The mind reels. We’re the ones framed to be out of touch because we don’t cater to this speech code. It’s just another way for the urban-based and insufferably self-righteous minority that dominates liberal Democratic areas to throw mud on people who aren’t like them. Also, those who are “cisgender” and trying to cater to this isn’t by choice; it’s out of fear of being destroyed by the social media justice warriors who are ready to execute a campaign of harassment over things they find disagreeable.

Can we also stop talking about these folks as if they’re the majority? They’re not.

I bet the number of people who have actually met or know a transgender person is incredibly small. I will double the wager that those who know folks who label themselves non-binary is even rarer. I hate to break it to the PC-weirdo crew, but the rest of us that don’t dabble in this alternate lifestyle don’t wake up thinking how we’re going to mock the LGBT community. Also, it is weird. Maybe in a few generations, this will be common, and that very well may be the case. We’ll all get on with our lives, but don’t you dare label us as bigots or prejudiced for being a little taken aback that a woman who is a biological female wants to be identified as “they” or “ze.” Frankly, the transgender crowd sounds more rational as trans-men and trans-women take those pronouns usually.

When something is weird, people will probably speak out about it. So, yes, telling people to “chill” is fine, but it’s not us who need to follow that protocol. In the meantime, while this small sliver of America worries about pronouns, the vast majority are more concerned about biological males denigrating and diluting female sports because some of these “women” are not women. And even though feminists like Gloria Steinem, Andrew Dworkin, and the like may have annoying political views, I’m sure all of them didn’t think this was in the cards when it came to the fight for women’s rights: men winning in women’s sporting competitions. You see, gender and sex are quite defined. It’s not fluid. It’s very much ingrained. It’s very scientifically based. And when your default position is to tell those who disagree that they’re bigots or out of touch when you’re the extreme minority, this really isn’t a movement, is it? It’s more of a t-shirt of the week thing.

Hey, be what you want. I’ll keep the powder dry until this crew goes off on some other nonsensical rant about pronouns and tries to sue a business because of some slight. As for bathrooms, hey—transgender Americans need to use them too, but don’t get all huffy when the so-called cisgender crowd raises a few eyebrows. It's a new territory. It’s a bit weird. This debate and discussion can go on and on. For now, I’ll settle with the patience train going both ways. But when this train enters the station dealing with some aspects of gender in society—things will get ugly.