Yes, There Is A Feminist Monopoly. Yes, The Rules Expose It For Not Being About Equality At All. 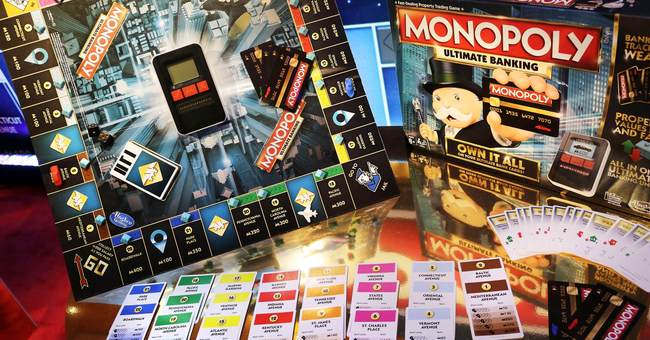 The Left will make you care. That’s one thing Erick Erickson and others have noted about our ongoing war with liberal America. Even for those who don’t want to be political, these cretins will find a way to get you into the fight. Nothing is off-limits. Everything is a target and there is no sanctuary. The neutrality of Switzerland doctrine has been nuked. How bad has it become? Board games are now a front in the political correctness assault. There’s a feminist monopoly. Yeah, you read that right. You’d think a feminist monopoly would be one that promoted equality, right? Nope. The game pays its female players more, which totally contradicts the namesake, I guess. So, brace yourselves, folks; Ms. Monopoly is coming (via RedState):

In a move that supposedly will empower women and is not in any fashion whatsoever pandering, it has been announced that a new version of the generationally popular board game MONOPOLY is getting a makeover (unless, it is sexist to say so…) The new version is being dubbed “Ms. Monopoly’, and there will be new rules.

The most notable change is that when women pass GO they will receive a 20% increase over the male players, receiving $240.00 each time they pass, while men are paid at the standard $200 limit. In addition, other changes will be seen, such as instead of buying properties you will be buying inventions created by women.

…the message to young females is they need to have a built-in advantage in order to succeed, with them having to deal with the resentment when they end up winning. It would be deeply instructive if one of those businesses that players could invest in was the Handsome Her Bakery. This was the Australian eatery that made global headlines when it was going to charge male customers eighteen percent more than women — and promptly went out of business. There is your teachable roll of the dice.

I mean, if I ever play this game with my nieces, I’ll just take $300 on pass go. Why? Well, I’m a person of color. It’s affirmative action. It’s reparations. Hey, I don’t like it. I think all of these politically correct talking points are garbage, but I’ll play by the Left’s rules here with Ms. Monopoly.

Recommended
Is Ben Sasse Resigning from the US Senate?
Matt Vespa