Johnny Damon On Baltimore: Trump Is Right. We Used To Like Going There And Now It’s Just Too Scary 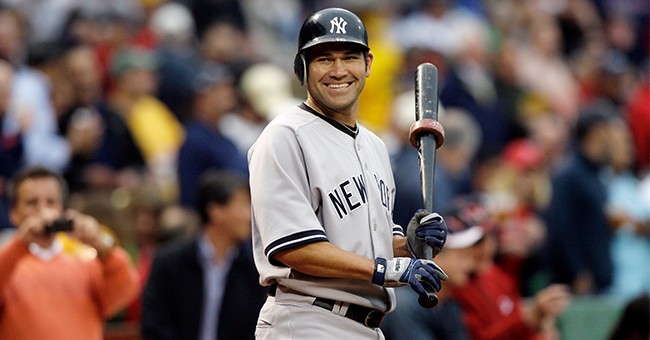 President Donald Trump’s claims about Baltimore received more validation. This time from two-time World Series champion Johnny Damon, who said that the city was a great place to visit when he entered professional baseball in the mid-1990s. It’s now a hellhole and a scary place to be  (via TMZ Sports):

Johnny Damon is going to bat for Donald Trump ... saying toward the end of his baseball career -- he and his teammates were straight-up scared to go out on the town in Baltimore.

Damon says he thinks Trump's choices of words were a little harsh ... but he tells TMZ Sports he agrees with 45 -- saying back when he played in the MLB, he didn't love hitting the road there.

"He's not wrong," Damon says ... "Baltimore was one of the best places to visit when I broke into the league in '95. And, at the end, we didn't really, like, enjoy going back."

Damon -- who's been an outspoken Trump supporter for years -- added, "Towards the end, it started getting a little scarier."

Johnny says Trump's comments will actually HELP the city .. telling us he thinks the criticism should lead to a change in the area.

Trump’s recent Twitter spat with Rep. Elijah Cummings (D-MD), whose district encompasses part of the city, devolved into total insanity when the Left leaped to the defense of this city, which is a trash can. It’s rat-infested; a documentary called Rat City was released two years ago. It has a serious drug problem, as noted by Cummings himself. Crime is bad. Homicides are sky-high, but Trump said it, so it’s racist or something. It’s not. These are the facts, folks. Baltimore is not some gem of the Chesapeake. And no, Trump was not comparing the people living in the city to rodents. How dense do you have to be…or racist if that’s what you thought? Even the residents of Baltimore agreed that the city is a mess. It’s still a disaster even after $16 billion in federal grants were allocated to the city under Trump. It’s political correctness run amok—and if this is how Democrats and the media will react to anything Trump says, they’re going to help immensely in getting Trump that second term.