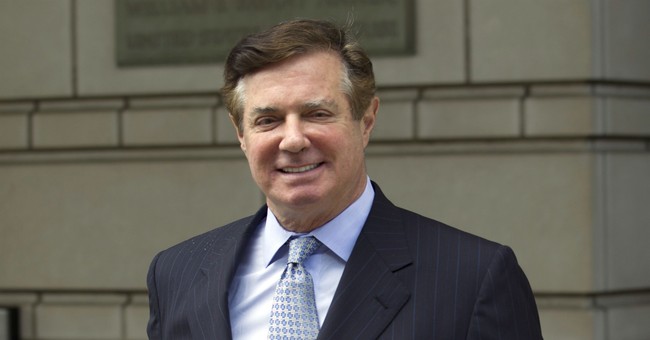 We have a Department of Justice Inspector General report that’s about to drop that goes into the alleged FISA abuses. It’s one of the many areas where the investigators of the Russia collusion myth are being placed under the microscope for possible malfeasance. It’s about time. For two years, Special Counsel Robert Mueller and his team of die-hard Democrats apparently tried to prove collusion and couldn’t. His exiting presser, which was all but a red flare to House Democrats to start impeachment proceedings, only reinforced that notion.  There is a massive witch-hunt aimed at getting President Donald Trump. From this Russian collusion nonsense to tax returns, they’re throwing all of it up against the wall in hoping something will stick. The collusion narrative was their best hope. It blew up in their face when Mueller report said that there was no collusion or conspiracy between the Kremlin or the Trump team during the 2016 election, the language of which Mueller tweaked to make it seem like an open-ended question. It’s not. His report is quite clear on that.

We’ve run into occasions where there has been “deception by omission.” Ukrainian businessman Konstantin Kilimnik is cited as an intelligence source for Russians, though there’s an extensive paper trail pointing to the fact that he was a valued State Department source for years, delivered a peace plan for the Crimean conflict to the Obama administration, and was allowed to travel to the U.S. twice to meet with State officials in 2016, a sign that our government didn’t see him as an evil agent. The Hill’s John Solomon wrote about this and has been doing solid work exposing this whole investigation as a crock of you-know-what. He also reported that the State Department knew the Trump dossier compiled by Christopher Steele, which was an effort funded by the Clinton campaign and the Democrats, was a biased political document days before it was cited as credible evidence in obtaining a FISA spay warrant against former Trump foreign policy adviser Carter Page. Oh, and that Crimea peace plan being delivered to the Obama team was omitted from the Mueller report, though it’s cited as a possible sign of collusion between the Trump campaign and Russia; Kilimnik worked for Paul Manafort so that was the reason for this chapter of the report.

So, what’s the latest development? Oh, none other than the FBI being warned that the leading document used to go after Trump campaign chair Paul Manafort might have been fake, which was reported in the press in 2016 citing none other than Mr. Kilimnik. Mr. Solomon has more on the second document that now looks like it could be total trash:

…the “black cash ledger,” remarkably has escaped the same scrutiny, even though its emergence in Ukraine in the summer of 2016 forced Paul Manafort to resign as Trump's campaign chairman and eventually face U.S. indictment.

In search warrant affidavits, the FBI portrayed the ledger as one reason it resurrected a criminal case against Manafort that was dropped in 2014 and needed search warrants in 2017 for bank records to prove he worked for the Russian-backed Party of Regions in Ukraine.

There’s just one problem: The FBI’s public reliance on the ledger came months after the feds were warned repeatedly that the document couldn’t be trusted and likely was a fake, according to documents and more than a dozen interviews with knowledgeable sources.

For example, Ukraine’s top anticorruption prosecutor, Nazar Kholodnytsky, told me he warned the U.S. State Department’s law enforcement liaison and multiple FBI agents in late summer 2016 that Ukrainian authorities who recovered the ledger believed it likely was a fraud.

Manafort “could not have possibly taken large amounts of cash across three borders. It was always a different arrangement — payments were in wire transfers to his companies, which is not a violation,” Kilimnik wrote in an email to a senior U.S. official on Aug. 22, 2016.

He added: “I have some questions about this black cash stuff, because those published records do not make sense. The timeframe doesn’t match anything related to payments made to Manafort. … It does not match my records. All fees Manafort got were wires, not cash.”

Special counsel Robert Mueller’s team and the FBI were given copies of Kilimnik’s warning, according to three sources familiar with the documents.

Submitting knowingly false or suspect evidence — whether historical or to support probable cause — in a federal court proceeding violates FBI rules and can be a crime under certain circumstances.

But with Manafort, the FBI and Mueller’s office did not cite the actual ledger — which would require agents to discuss their assessment of the evidence — and instead cited media reports about it. The feds assisted on one of those stories as sources.

“It sounds to me like a fraud on the court, possibly a willful and deliberate fraud that should have consequences for both the court and the attorneys’ bar,” he added.

Oh, and what about the AP story that an agent cited in an affidavit, where it said, “The April 12, 2017, Associated Press article reported that DMI [Manafort’s company] records showed at least two payments were made to DMI that correspond to payments in the 'black ledger.” Solomon cited this in his lengthy piece as another troubling instance in this investigation.  First, as he wrote, what’s missing is that DOJ prosecutor Andrew Weissmann, who later served as a key player on Mueller’s team proper, met with reporters for this story and helped them craft it. Second, this intentional leak was based on information the FBI had already been warned was false, but then cited it in affidavits to give the “black ledger” legitimacy.

Yeah, that’s not shady at all, right?