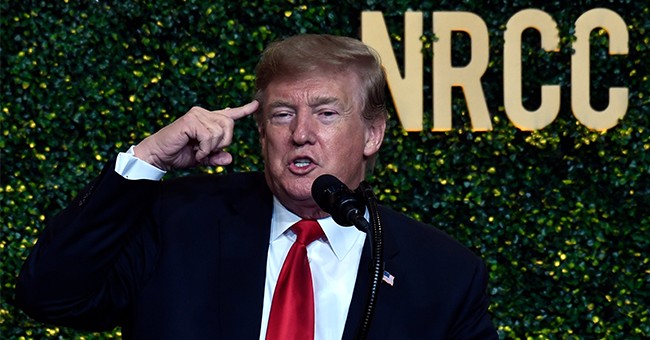 I don’t agree with everything Michael Tracey writes about; he is part of the progressive/liberal slice of the media. He’s open about his biases, however. He’s honest. And he’s worth a follow, despite his defense of Ilhan Omar. Again, I don’t agree with him all the time. Yet, as the liberal media was pushing the Russian collusion myth hard, Tracey was skeptical. He was reserved. And he saw how this narrative was quickly becoming a cuckoo cult. With the Mueller report now submitted and its summary released—the full report will be released soon—it’s quite clear that no collusion occurred. Since the start of this wild goose chase, there’s been zero evidence to corroborate such a loony claim. It was something that half the nation knew already: this was a witch-hunt. And, given the revelation that top DOJ/FBI officials were discussing ways to remove Trump from office via the 25thAmendment. That is coup talk. It brings into maturity the rapid politicization that has occurred within the DOJ over the past decade, which has now leeched into our election process. Yes, it would appear that some election meddling was happening in 2016—and that call was coming from inside the house.

With the Mueller report, most of what the media has pushed for the past two years has collapsed. They perpetrated a fraud and that Trump dossier, which was compiled by an ex-British spy, Christopher Steele, was not only exposed as a fabrication—but also a Clinton campaign project. It was opposition research, which was allegedly used to secure a FISA spy warrant against Carter Page, who had served as a foreign policy adviser for the Trump campaign.

Every bombshell the liberal media peddled ended up blowing up in their faces. There will be no apology, no acts of contrition, and no admission that they have irreparably damaged what little credibility the media has left. Tracey went on a scorched earth campaign against his colleagues that pushed this myth. No one was safe—and his Twitter feed for the past couple weeks has been nothing short of brutal to those who wallowed in this garbage. He also said John Brennan, James Clapper, James Comey, Andrew McCabe, Peter Strozk, Lisa Page, and Christopher Steele need to be dragged back up to the Hill to explain their actions.

The Page-Strzok connection tied the FBI to this mess. Strzok was a top counterintelligence agent who reportedly signed off on the probe into Russian collusion in July of 2016. He was engaging in an extramarital affair with Page, a bureau lawyer, exchanged tens of thousands of texts—most of them anti-Trump, and exposed the egregious unprofessionalism emanating from within the halls of the J. Edgar Hoover Building. These two also discussed an “insurance policy” against a Trump presidency, with Strzok flat-out saying that they will stop Trump in a later exchange. The two also voiced concerns that the bureau was going too hard on Hillary during the email probe, another investigation where Strzok was the key player.

Tracey used to work for The Young Turks and was forced to call out his former employer, saying they went MSNBC-lite with their Russian collusion peddling. And yet, while he’s torching liberal reporters and taking their respective publication to the woodshed for peddling in conspiratorial drivel, he also noted that the continued freakout over Russian collusion continues to do nothing but help the Trump White House. And from the looks of it, the Left cannot let this go. Their emotional attachment, or addiction, won’t allow it.

Grab some popcorn and enjoy:

This headline nicely encapsulates the depths to which America's most (allegedly) esteemed journalists sunk over the course of the Trump/Russia fiasco pic.twitter.com/pTAvWDzkLP

This is so embarrassing. From the 12/8/17 edition of the Rachel Maddow show. David Corn spent years trying to deceive the American public into believing that the Steele Dossier was fundamentally correct, using the shoddiest verification measures imaginable. He's a disgrace pic.twitter.com/pUKDAsr0ub

Hey @emptywheel, whatever happened to this bombshell evidence of collusion that you claimed to personally possess? Just wanted to check in on that. pic.twitter.com/cocg8PqnWu

This is my favorite @joshtpm piece ever. (Even more than his 2002 piece hyping Dick Cheney propaganda about the threat of "nuclear-armed Saddam"). His definitive declaration of "collusion" was based on a botched NYT story that quickly had to be corrected in humiliating fashion ?? pic.twitter.com/06mBBZSotM

This might be the most embarrassing thing he's ever said in his entire career pic.twitter.com/yvUxbpOkyr

Josh now wants to pretend that his belief in Trump being a "Russian asset" -- the idea that the Kremlin has been surreptitiously dictating US foreign policy -- was always totally reasonable and "liberal," when in fact it was always crackpot fantasy. Just like his Iraq delusions pic.twitter.com/9vF1ViO74Z

The hallmark of any religious dogma is that it's not falsifiable. No countervailing evidence -- even evidence which directly and unambiguously disproves the dogma's core tenets -- will ever be accepted. So it goes with the Trump/Russia cult https://t.co/gFJdWJRyUK

Throughout this ordeal, it's been truly disturbing to watch otherwise intelligent people lapse into conspiratorial lunacy. After Mueller said no collusion, you'd think they would at least begin to self-reflect and change their behavior. Nope. They're just getting worse

For three years, the formula for almost all the BOMBSHELL revelations on Trump/Russia was that NYT or WaPo would report something that seemed really exciting, people would flip the F out, and then within 24 hours everybody would realize it was a total joke. Time for an encore!

Collusion truthers will latch onto anything to prolong the fairy tale. They're too emotionally invested to give up. It's like a doomsday cult. https://t.co/IFlU6n9mFt

I've so totally lost patience with "progressives" who said nothing about the most egregious excesses of Trump/Russia (surveillance abuses, CIA/FBI powerplays, belligerent militarism, prosecutorial overreach, solitary confinement, etc.) and only now want to posture as "skeptics"

Sometime in mid-2016 most journalists decided to become Resistance Warriors and made frothing anti-Trump animus their guiding principle, rather than fidelity to facts or skepticism of powerful institutions. Only in that perverse context could the Trump/Russia fiasco have arisen

I've been tough on "progressive" media regarding Trump/Russia but I want to single out @thenation for praise. Despite internal strife, they didn't buckle to pressure and consistently challenged the fraudulent conspiracy narrative. Proud to have started out there. @KatrinaNation

Listen to this deranged Keith Olbermann rant from Dec. 12, 2016 in which he proclaims that Russia has literally toppled the US Government by way of its traitorous puppet Trump, and understand that a huge portion of the Dem base still believes exactly this https://t.co/Bxmce3IVvf

I know lots of people already want to memory-hole Trump/Russia and pretend like three years of all-consuming lunacy never happened. But we’re only just at the beginning of the accountability phase. And it’s going to be brutal.

I love how professional adult journalists are complaining about being "bullied" by people challenging the veracity of their reporting on the biggest story of the past three years, as if they're in Middle School getting their lunchbox stolen or something. Bunch of babies

They owe an apology not to "right-wing media," but to the American public writ large for perpetrating a gigantic three-year fraud. But of course Media Matters, perpetually siloed in its tedious Dem-partisan bubble, could never comprehend this https://t.co/aeFPLYMjrI

Every breaking SCOOP and BOMBSHELL that the elite media breathlessly bent over backwards praising each other for (NYT, WaPo, CNN, The Atlantic, Daily Beast etc.) was predicated on a complete fraud. That's why focusing only on Maddow is so dishonest: the rot is deep and structural

John Brennan, James Clapper, James Comey, Andrew McCabe, Peter Strozk, Lisa Page, Christopher Steele, Stefan Halper and every other spook / security state flack who perpetrated this gigantic fraud should absolutely be hauled back before Congress and made to explain themselves

The tip-off that Trump/Russia was a total fraud should’ve been that “bombshell” story after “bombshell” story fell apart upon minimal scrutiny. That’s because massive journalistic resources were squandered on covering something which ultimately just **did not exist**

I'm really sorry to say that my former employer @TheYoungTurks, for which I still have a lot of fondness, became MSNBC-lite on Trump/Russia and totally force-fed a fraudulent 3-year narrative down viewers' throats. Regrettably, they are now totally lying about their complicity

Journalists are in deep denial at how thoroughly their reputation has been trashed after this Trump/Russia debacle. Many of them will never be trusted again, and rightly so. The biggest beneficiary of their reckless conduct, ironically, is the person they hate the most: Trump

I don’t want to gloat. I’m not happy about this. I’m furious at how utterly the media disgraced itself and deceived the American people