Coup Coup Ca Choo? Did the FBI Plot A Coup D’état Against Trump? 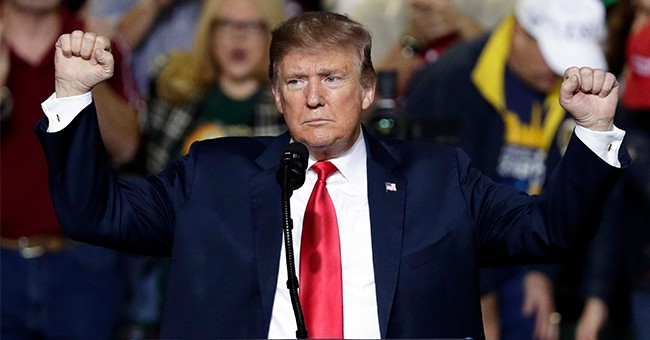 The border deal is going to be signed by President Trump. It will provide a near two percent pay raise for federal workers, $1.3 billion for 55 miles of border-enforcing in the Rio Grande Valley, but it also reduces ICE detention space. That’s a deal breaker. It’s not a good deal, but it’s either this or a partial shutdown. Sen. Lindsey Graham (R-SC) said Trump should view this as a down payment. The more this drags on, the more it looks like Paul Ryan totally screwed us out of a fully-funded border wall.

Yet, more disturbing was what Katie wrote earlier this morning. Remember the Peter Strzok-Lisa Page texts, where the two talked to then-Deputy FBI Director Andrew McCabe about an insurance policy against Donald Trump in August of 2016? Some thought it meant the infamous Trump dossier, but it looks like the policy was this meeting about removing the president via the 25th Amendment. Yes, it is what it looks like: the plotting of a coup.

Disgraced FBI Acting Director Andrew McCabe pretends to be a “poor little Angel” when in fact he was a big part of the Crooked Hillary Scandal & the Russia Hoax - a puppet for Leakin’ James Comey. I.G. report on McCabe was devastating. Part of “insurance policy” in case I won....

....Many of the top FBI brass were fired, forced to leave, or left. McCabe’s wife received BIG DOLLARS from Clinton people for her campaign - he gave Hillary a pass. McCabe is a disgrace to the FBI and a disgrace to our Country. MAKE AMERICA GREAT AGAIN!

The federal law enforcement arm plotting a coup to remove the President of The United States because he fired one of their buddies. An FBI that’s gotten that big for its britches should be razed to the ground. Sorry, but that’s scary. https://t.co/mnFPLB8Hot

Make no mistake about it: this is confirmation that top bureaucrats plotted to remove the duly elected president of the United States because they thought that firing the sanctimonious, holier-than-though loon James Comey was a threat to this country

Trump responded to the news, and even some liberal reporters were noting that there is no way these little meetings within the Department of Justice were legal. This is deep state activity. This is, dare I say, treasonous. We’ve all known there were actors behind the scenes working to hamstring this administration. And now we have proof. Peter Strzok was a former top FBI counterintelligence agent who was a key player in the Russia collusion investigation and the probe into Hillary Clinton’s email server. He was having an extramarital affair with bureau lawyer Lisa Page. The two sent tens of thousands of anti-Trump texts, which became the subject of various congressional inquiries into the conduct of the FBI during the 2016 election. It would seem the real odious election meddling was not coming from the Kremlin, but the FBI. Strzok was fired over the texts. Lisa Page resigned, though she did say that there was no hidden meaning behind the texts, in which the two discussed stopping a Trump presidency. Page said these communications meant exactly what they said when she testified behind closed doors.

In other news, The New York Times decided to blow up a secret program we use against the Iranian missile program. It was a Bush program that sought to sabotage the program. It was pulled back a bit under Obama but then juiced back up with Trump. On the home front, Democratic-run cities are falling apart. Los Angeles has a city hall overrun with rats and fleas. Denver has decriminalized public urination and defecation.

The latter is just for fun, but the Times and this plotting to remove a democratically elected president is troubling, but it might be overshadowed by Trump signing this border deal and declaring a national emergency over the border wall. We’ll keep you updated. Until then, have a nice President’s Day weekend.