Pelosi Pretty Much Says Hell No To Trump Impeachment 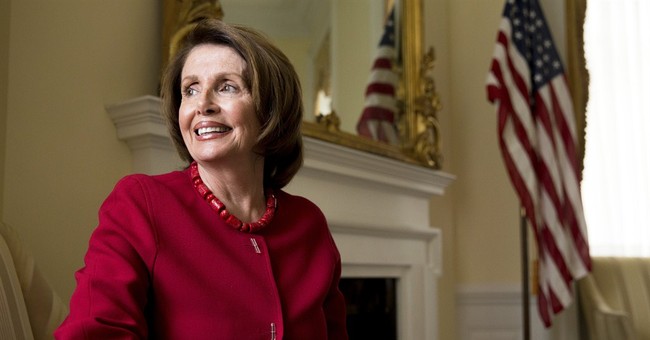 We all know the Democratic base wants it. We all know there’s a rabid and vocal Democratic element that wants the president gone. This isn’t new. Rep. Rashida Tlaib (D-MI) said that they’re going to “impeach the mother**ker.” Rep. Jerrold Nadler (D-NY) was picked as ranking member of the House Judiciary prior to the Democrats taking over in 2018 reportedly because he was the best man to lead a fight with the Trump White House. He’s now the chairman of the committee. So, how does this all square with Speaker of the House Nancy Pelosi? Well, she’s more or less of a hell no. The California liberal said the impeachment process would be a waste of time and dividing the country even further over it is just not worth it. Pelosi publicly drew this line in the sand in an interview with Washington Post Magazine (via WaPo):

I’m not for impeachment. This is news. I’m going to give you some news right now because I haven’t said this to any press person before. But since you asked, and I’ve been thinking about this: Impeachment is so divisive to the country that unless there’s something so compelling and overwhelming and bipartisan, I don’t think we should go down that path, because it divides the country. And he’s just not worth it.

Trump is too divisive for it to work out for her party. There are no dividends to be had. Pelosi may forget George Bush’s name, but she even she knows that this would energize Republicans to no end, and with a Democratic field that’s still evolving and not for the better—maybe this is just too big a risk. When Joe Biden gets in, there will be only two top-tier candidates in terms of name recognition, the other being Bernie Sanders. Mr. Sanders is facing a field that’s more crowded, more left wing, and with two black progressives. The Bern might not be felt as intensely. Biden could be considered old news and would be dealt a third presidential defeat in the primaries. As Democrats rip each other apart, and they will, Trump’s war chest swells, the GOP is more united as ever, and the Democrats’ overreach thanks to members of Congress, like Tlaib and Ilhan Omar, could even scare Independents away.

It’s not that Pelosi doesn’t want Trump impeached. I think the whole party does merely on the basis that he’s a Republican who beat Hillary Clinton. But she wants to keep the powder dry. The polling on impeachment isn’t that stellar. There’s no supermajority that wants Donald Trump to be impeached. Pelosi is just keeping her powder dry. She may need the capital for when her party enters the fight of their lives in 2020. The question is whether she can keep her caucus on this heading of no impeachment. Certainly, the more left-wing elements are going to be irked by this decision. They were partially elected based on impeachment. The various House hearings into Trump, his inner circle, and his administration are not about accountability, but a fact-finding mission to make the case for impeachment. I can see things going off the rails in the same manner as this anti-Semitism resolution, which was watered down and turned into a joke thanks to Pelosi’s inability to keep her people under control. Time will tell, but I think the circus is coming to town—and Pelosi is going to be unable to keep it from devolving into total pandemonium. The radical Left is just too rambunctious and they’re not ones to kowtow to party leadership if they feel they’re in the wrong.