Oh, So This Is Why Disgraced Former CBS Executive Les Moonves Won't Get A $100+ Million Severance 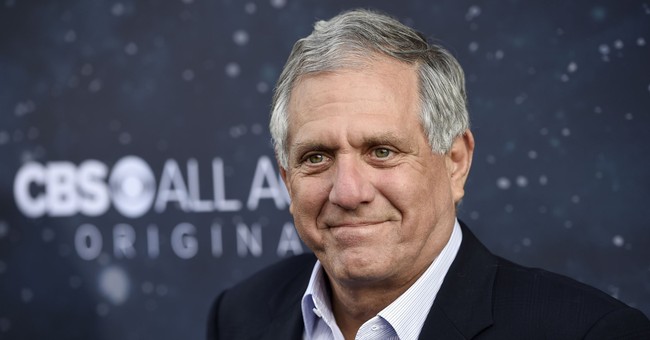 On one hand, one could argue that the Me Too movement has gone too far; some feminists are making that argument. The fiasco over someone dishing about a bad date with Aziz Ansari showed how Me Too goes right off the hinges. At the same time, it has exposed despicable men for their bad behavior, the vast majority of them being liberals. Yeah, liberalism has a sleaze problem. Some very powerful individuals that sit atop of the Left’s cultural dominance in entertainment and media have had their lives comes crashing down. No tears should be shed. At CBS, former executive Les Moonves was embroiled in sexual harassment allegations that date back to 1995.  Moonves was forced out in September, but was set to collect a whopping $120 million severance package. Well, yesterday, the board at CBS said he wasn’t getting a cent of that money. He was officially fired for cause, as it was discovered that the former executive tried to hide evidence and engaged in deception (via NYT):

The CBS Corporation, battered by scandal and facing a leadership vacuum, said its former chief executive, Leslie Moonves, misled the company about multiple allegations of sexual misconduct and tried to hide evidence as he made a frenzied attempt to save his legacy and reap a lucrative severance. The company determined he breached his employment contract and, as a result, will not receive his $120 million exit payout.

“We have determined that there are grounds to terminate for cause, including his willful and material misfeasance, violation of company policies and breach of his employment contract, as well as his willful failure to cooperate fully with the company’s investigation,” the CBS board said in a statement on Monday.

The board, which met over several days last week, came to its decision after reviewing information gathered by lawyers hired by the company to investigate claims against Mr. Moonves, who was forced out in September, as well as the broader workplace culture at the network.

Mr. Moonves “engaged in multiple acts of serious nonconsensual sexual misconduct in and outside of the workplace, both before and after he came to CBS in 1995,” according to a late November draft of the investigators’ report reviewed by The New York Times.