Sleaze: Here Are The Democrats Embroiled In Me Too Abuse Allegations That Won Last Night 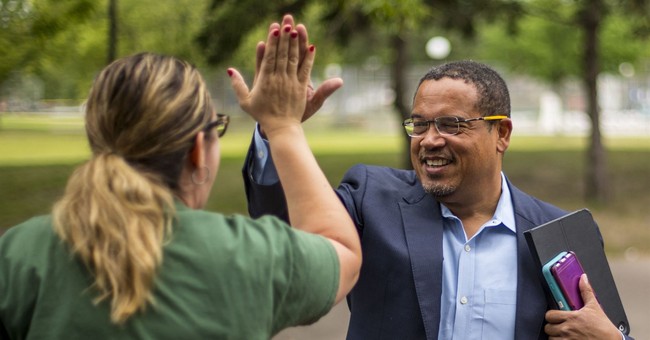 2018 has come and gone—and what a year it was folks. The GOP increased their Senate majority, the Democrats retook the House and gained some ground at the state and local level, but it was nowhere near the wave years the Republicans had in 2010 or 2014. Yet, this year was also the birth of the Me Too movement, where women shared and exposed bad dudes in the workplace across various industries, tech, politics, and journalism.

Some household names, like Matt Lauer, and titans of Hollywood, like Harvey Weinstein, were taken out. Sexual harassment shouldn’t be tolerated, and I’m not going to cry over liberal men getting dragged through the mud for their inexcusable and piggish behavior. That is unless you’re a Democrat in a position of power. Sen. Al Franken (D-MN) and Rep. John Conyers (D-MI) were forced out, but the circumstances probably played the most part. Alabama was having a special election, where the Republican, Roy Moore, was engulfed by multiple allegations of sexual misconduct. Democrat Doug Jones was surging. A Democratic victory in deep red Alabama would be a nice win for the Left, and Democrats couldn’t attack Moore, without being flanked by sexual harassment and groping allegations that embroiled Conyers and Franken respectively. Both resigned.

When multiple women accused former New York Attorney General Eric Schneiderman of domestic abuse, one of the alleged victims recounted her friends told her to keep her story to herself because Schneiderman was too valuable to lose; he was quarterbacking lawsuits against the Trump administration. Schneiderman eventually resigned in disgrace. But for four Democrats, they survived their Me Too moments, winning their respective elections last night. Talk about sleaze (via Fox News):

At least four Democrats facing sexual misconduct controversies in the #MeToo era were voted into office on Tuesday, a result that would appear to clash with the party’s claims to stand behind women and have zero tolerance toward such allegations.

House Reps. Keith Ellison, Tony Cárdenas and Bobby Scott, and Sen. Bob Menendez, all came out victorious on Tuesday, despite being accused of misconduct.

Cárdenas, a California Democrat, meanwhile, easily cruised to victory in the state’s 29th Congressional District, receiving nearly 80 percent of the vote, while being the subject of a lawsuit claiming he drugged and sexually assaulted a 16-year-old teenager in 2007.

A Los Angeles Superior Court ruled that “a reasonable and meritorious basis” for the case to proceed and Cárdenas was publicly identified as the accused person. He denied the accusations.

Old allegations of misconduct also came back to haunt Menendez, the incumbent New Jersey Senator, who won the closer-than-expected race as well.

Republican candidate Bob Hugin revived salacious allegations that Menendez had sex with underage prostitutes during past trips to the Dominican Republic.

The Democrat denied the allegations multiple times and decried them as a smear ever since they were revealed on a news site in 2012.

Virginia Democrat Bobby Scott won Virginia's 3rd Congressional District thanks to nobody challenging him, even after he was accused of sexual misconduct in 2017.

A former Congressional Black Caucus Foundation fellow. M. Reese Everson, claimed that the congressman sexually harassed her in 2013, and that she was fired and blacklisted from further work on Capitol Hill after she refused his advances.

Keith Ellison has been accused of domestic abuse by his former girlfriend, Karen Monahan. No one believes her, not even the chair of the Minnesota Democratic Party. That’s quite the difference from the vicious treatment of Judge Brett Kavanaugh, who was besieged by baseless and unsubstantiated allegations of sexual misconduct during his Supreme Court nomination. The Left wholeheartedly believed Kavanaugh’s accusers, despite zero evidence or corroborating witnesses. The New York Times didn’t even run stories on two of the accusers because they couldn’t confirm anything.

Ellison ran for Minnesota Attorney General and won. He’s now the chief law enforcement officer in the state. Safe to say, a lot of sleazebags won their races—and Democratic voters are willing to tolerate it. Liberals have weaponized Me Too to take out people they don’t like, but use the media complex to hide their legion of bad hombres. That sounds about right…if you’re a progressive.