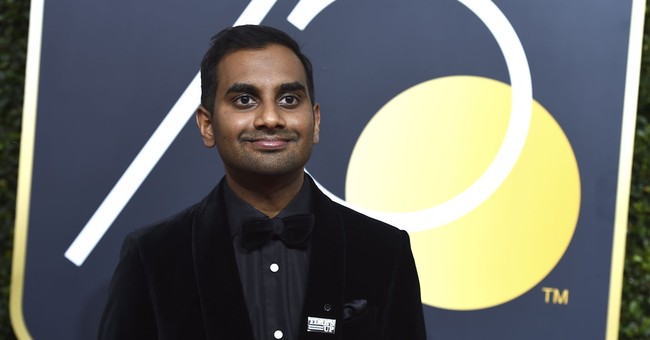 Daphne Merkin wrote in The New York Times that the #MeToo movement could be facing trouble. Now, it seems to have crossed that Rubicon, with a 3,000-word post in Babe about a woman who was named “Grace” and her disastrous date with comedian Aziz Ansari. Ansari has a show on Netflix called Master of None, while also appearing in films like Funny People and I Love You, Man. From the teaser, you’d think this is going to be another Harvey Weinstein like story, or a Matt Lauer encounter, or a Charlie Rose nightmare anecdote. All three men have been fired or ostracized by their profession for their sexual misconduct, but this is none of that. Upon reading it, it seems to be a rather lengthy post about a bad date—a really bad date. And no, there’s no gender blindness on this; feminist writers at The Atlantic and New York Times have also agreed that this post is nothing more than revenge porn and exposing that Ansari is guilty of nothing more than not being able to read minds.

The backstory is this: Ansari met this woman at a party, they exchanged numbers, and they went on a date. He poured her a glass of wine, they went to dinner, back to the apartment, and then decided to sit on his kitchen countertop, where oral sex was performed consensually on her. He undressed. You know what; it’s best to let The Atlantic take it from here. The point is that there doesn’t seem to be a crime being committed here, just regrettable sex:

A young woman, who is given the identity-protecting name “Grace” in the story, was excited to encounter Ansari at a party in Los Angeles, and even though he initially brushed her off, when he saw that they both had the same kind of old-fashioned camera, he paid attention to her and got her number. He texted her when they both got back to New York, asking whether she wanted to go out, and she was so excited, she spent a lot of time choosing her outfit and texting pictures of it to friends. They had a glass of wine at his apartment, and then he rushed her through dinner at an expensive restaurant and brought her back to his apartment. Within minutes of returning, she was sitting on the kitchen counter and he was—apparently consensually—performing oral sex on her (here the older reader’s eyes widen, because this was hardly the first move in the “one-night stands” of yesteryear), but then went on, per her account, to pressure her for sex in a variety of ways that were not honorable. Eventually, overcome by her emotions at the way the night was going, she told him, “You guys are all the fucking same,” and left crying. I thought it was the most significant line in the story: This has happened to her many times before. What led her to believe that this time would be different?

Was Grace frozen, terrified, stuck? No. She tells us that she wanted something from Ansari and that she was trying to figure out how to get it. She wanted affection, kindness, attention. Perhaps she hoped to maybe even become the famous man’s girlfriend. He wasn’t interested. What she felt afterward—rejected yet another time, by yet another man—was regret. And what she and the writer who told her story created was 3,000 words of revenge porn. The clinical detail in which the story is told is intended not to validate her account as much as it is to hurt and humiliate Ansari. Together, the two women may have destroyed Ansari’s career, which is now the punishment for every kind of male sexual misconduct, from the grotesque to the disappointing.

Twenty-four hours ago—this is the speed at which we are now operating—Aziz Ansari was a man whom many people admired and whose work, although very well paid, also performed a social good. He was the first exposure many young Americans had to a Muslim man who was aspirational, funny, immersed in the same culture that they are. Now he has been—in a professional sense—assassinated, on the basis of one woman’s anonymous account.

I thought it would take a little longer for the hit squad of privileged young white women to open fire on brown-skinned men. I had assumed that on the basis of intersectionality and all that, they’d stay laser focused on college-educated white men for another few months. But we’re at warp speed now, and the revolution—in many ways so good and so important—is starting to sweep up all sorts of people into its conflagration: the monstrous, the cruel, and the simply unlucky.

The New York Times’ Bari Weiss also took issue with the story, noting that this person appears distraught over the fact that Ansari couldn’t read her mind, while adding that verbal commands are key. Oh, and she said the story is nothing more than one details a night of bad sex.

If you are wondering what about this evening constituted the “worst night” of this woman’s life, or why it is being framed as a #MeToo story by a feminist website, you probably feel as confused as Mr. Ansari did the next day. “It was fun meeting you last night,” he texted.

“Last night might’ve been fun for you, but it wasn’t for me,” she responded. “You ignored clear nonverbal cues; you kept going with advances. You had to have noticed I was uncomfortable.” He replied with an apology.

Put in other words: I am angry that you weren’t able to read my mind.

I am a proud feminist, and this is what I thought while reading the article:

If you are hanging out naked with a man, it’s safe to assume he is going to try to have sex with you.

If the failure to choose a pinot noir over a pinot grigio offends you, you can leave right then and there.

If you don’t like the way your date hustles through paying the check, you can say, “I’ve had a lovely evening and I’m going home now.”

If you go home with him and discover he’s a terrible kisser, say, “I’m out.”

If you start to hook up and don’t like the way he smells or the way he talks (or doesn’t talk), end it.

If he pressures you to do something you don’t want to do, use a four-letter word, stand up on your two legs and walk out his door.

I’m sorry this woman had this experience. I too have had lousy romantic encounters, as has every adult woman I know. I have regretted these encounters, and not said anything at all. I have regretted them and said so, as she did. And I know I am lucky that these unpleasant moments were far from being anything approaching assault or rape, or even the worst night of my life.

But the response to her story makes me think that many of my fellow feminists might insist that my experience was just that, and for me to define it otherwise is nothing more than my internalized misogyny.

There is a useful term for what this woman experienced on her night with Mr. Ansari. It’s called “bad sex.” It sucks.

Also, women are not Victorian housewives who break easily. This could devolve into a nasty civil war within the feminist movement, as there have been equally strong reactions to the post that are diametrically opposed to these two writers from prominent publications.

Yet, it was HLN’s Ashleigh Banfield, who torched this whole story and the people who peddled it. I mean took them to the woodshed and then ran them over with a tank. She hit them for possibly destroying Ansari’s career, shooting inside the #MeToo ship, possibly hindering progress, and jeopardizing the change that’s sweeping various newsrooms and office spaces. It was a bad date. Nothing more. Of course, the author of the story on Babe did not take too kindly to Banfield’s takedown, attacking her age. Yes, she’s a Millennial. And yes, she responded in the most Millennial way possible. Here’s the email she shot off:

It's an unequivocal no from me. The way your colleague Ashleigh (?), someone I'm certain no one under the age of 45 has ever heard of, by the way, ripped into my source directly was one of the lowest, most despicable things I've ever seen in my entire life. Shame on her. Shame on HLN. Ashleigh could have "talked" to me. She could have "talked" to my editor or my publication. But instead, she targeted a 23-year-old woman in one of the most vulnerable moments of her life, someone she's never f------ met before, for a little attention. I hope the ratings were worth it! I hope the ~500 RTs on the single news write-up made that burgundy lipstick bad highlights second-wave feminist has-been feel really relevant for a little while. She DISGUSTS me, and I hope when she has more distance from the moment she has enough of a conscience left to feel remotely ashamed — doubt it, but still. Must be nice to piggyback off of the fact that another woman was brave enough to speak up and add another dimension to the societal conversation about sexual assault. Grace wouldn't know how that feels, because she struck out into this alone, because she's the bravest person I've ever met. I would NEVER go on your network. I would never even watch your network. No woman my age would ever watch your network. I will remember this for the rest of my career — I'm 22 and so far, not too shabby! And I will laugh the day you fold. If you could let Ashleigh know I said this, and that she is no-holds-barred the reason, it'd be a real treat for me.

Wait—it’s okay to attack a woman’s appearance when you disagree with them? This is a tantrum; get her a binky.

#MeToo seems to be coming off the hinges. I frankly don’t know what to think of that. The creepers have to go. Everyone agrees. No one deserves to be sexually harassed at work. Everyone agrees. This isn’t necessarily a controversial movement. At its core, I think everyone can agree on its points. I mean, who is really defending Harvey Weinstein’s depraved actions? No one. Then again, when this is redirected to attack people with whom someone has had a bad date, watch this train fly off the rails.