NYT Op-Ed: #MeToo Moment Could Be Coming Off The Hinges 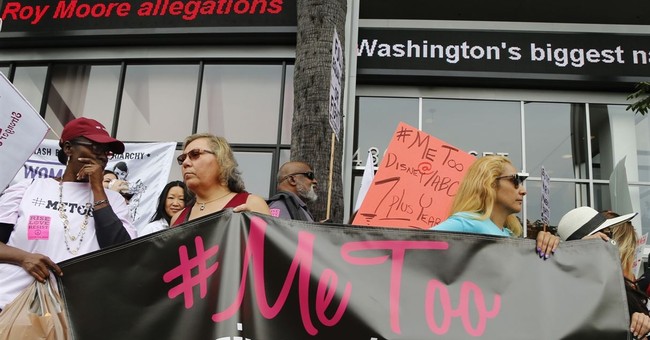 While the Me Too movement has brought down creepers in various industries, some feminists are feeling that this whole moment could be coming off the hinges. It’s devolved from rooting out legitimate predators via shared stories of sexual harassment to an inquisition-like mentality where some accusations are unproven. No, this is not to marginalize the women who came forward and torched Hollywood heavyweight Harvey Weinstein, Matt Lauer, Mark Halperin, Louis C.K. and Charlie Rose. C.K. admitted to his misdeeds, as did Halperin and Rose. C.K’s latest movie has been shelved, while Rose and Halperin were fired from CBS News and NBC News respectively. Matt Lauer was fired from the Today Show for gross sexual misconduct as well.

Yet, in an op-ed for The New York Times, Daphne Merkin wrote how there are multiple ways the Me Too movement could fray. She says that we seem to be going back and viewing women as frail “Victorian housewives.” She cited a pair of Manhattan feminists, who tried to remove a Balthus painting of a young girl in a sexually provocative pose. That’s censorship, and luckily the campaign ended in failure. She also noted the lack of due process when it comes to these accusations, the absence of clarity between sexual harassment/assault and “inappropriate conduct,” and the “re-moralization” of sex based on a corporate and legalistic consensus. Merkin added that some of her feminist friends are criticizing some of the recent allegations, telling fellow women to suck it up, asking whether female predators are getting a pass, and lamenting how flirting has become an inappropriate activity:

…privately, I suspect, many of us, including many longstanding feminists, will be rolling our eyes, having had it with the reflexive and unnuanced sense of outrage that has accompanied this cause from its inception, turning a bona fide moment of moral accountability into a series of ad hoc and sometimes unproven accusations.

The women I know — of all ages — have responded by and large with a mixture of slightly horrified excitement (bordering on titillation) as to who will be the next man accused and overt disbelief.

Publicly, they say the right things, expressing approval and joining in the chorus of voices that applaud the takedown of maleficent characters who prey on vulnerable women in the workplace.

In private it’s a different story. “Grow up, this is real life,” I hear these same feminist friends say. “What ever happened to flirting?” and “What about the women who are the predators?” Some women, including random people I talk to in supermarket lines, have gone so far as to call it an outright witch hunt.

I think this confusion reflects a deeper ambivalence about how we want and expect people to behave. Expressing sexual interest is inherently messy and, frankly, nonconsensual — one person, typically the man, bites the bullet by expressing interest in the other, typically the woman — whether it happens at work or at a bar. Some are now suggesting that come-ons need to be constricted to a repressive degree. Asking for oral consent before proceeding with a sexual advance seems both innately clumsy and retrograde, like going back to the childhood game of “Mother, May I?” We are witnessing the re-moralization of sex, not via the Judeo-Christian ethos but via a legalistic, corporate consensus.

Stripping sex of eros isn’t the solution. Nor is calling out individual offenders, one by one. We need a broader and more thoroughgoing overhaul, one that begins with the way we bring up our sons and daughters.

These are scary times, for women as well as men. There is an inquisitorial whiff in the air, and my particular fear is that in true American fashion, all subtlety and reflection is being lost. Next we’ll be torching people for the content of their fantasies.

It’s certainly worth a read; a grounded critique about if we’re rushing to judgment, coupled with uncertainty about whether we're on the right path to finding solutions.