Tragedy Averted: Someone Tipped Off The Police And Thwarted A School Shooting In Indiana 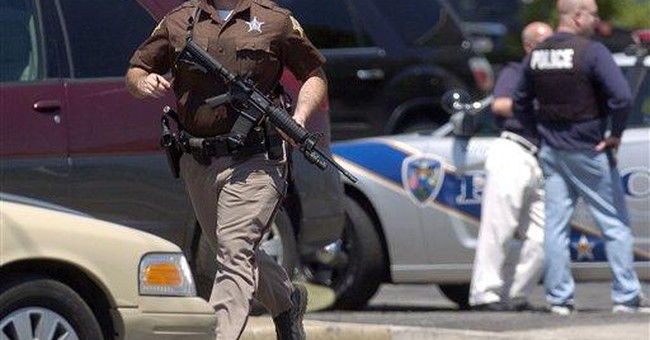 There are cases, like Marjory Stoneman Douglas, where the authorities dropped the ball. It was a complete and total failure on behalf of state and federal government officials. The FBI was alerted twice about shooter Nikolas Cruz—and did nothing. Cruz killed seventeen people. It was a preventable tragedy. Then, there are stories from Maryland, Illinois, and Washington where school resource officers did stop a would-be shooter, or someone saw something and said something.

In Indiana, someone tipped off that a 14-year-old was planning on committing a school shooting at the Dennis Intermediate School in Richmond. The would-be attacker was not a student, engaged police briefly, before committing suicide (via 6ABC):

After a tipster reported a "potential violent act" that might occur at an Indiana middle school, officers confronted a 14-year-old gunman, who killed himself but didn't harm any others, according to police.

There's "no doubt in my mind... we'd be having a much different conversation" if that call wasn't made, Carter stressed at a news conference.

When the tipster called police around 8 a.m. Thursday to report potential violence at Dennis Intermediate School in Richmond, the school was locked down and officers were sent to the scene, the Indiana State Police said.

After officers confronted the teen outside the school, the gunman "reportedly shot out the glass of a locked entry door" and ran inside the building, police said.

The teen, who was not a student at the school but lived in the area, exchanged gunfire with the officers as they followed him, police said.

The 14-year-old died of an apparent self-inflicted gunshot wound, police said. It's not clear if the suspect was wounded by officers, police added.

No students were hurt, police said.

Well, a tragedy was averted here—and the tipster is a hero.